Next week the madness begins. Disneyland will begin taking visitors to a place set a long time ago in a galaxy far, far away. When Disney bought Lucasfilm, fans might have idly dreamed that we’d get a Star Wars Land, but it’s still sometimes a little hard to believe it’s happening. Let us take you back to those early days, and when gifted improviser, actor, and writer Sam Bowers had a YouTube series called “Jokes of the Week.” (Trust me — this fresh-faced looking kid is going to be famous one day soon.) He asked me to join him one week and provide commentary over the Disneyfication of Star Wars. It’s funny to look back and see my predictions on how much money I’d be spending. Here it is, the first of an occasional segment he called “Nerd Alerd.” 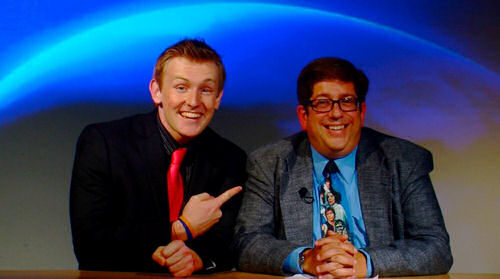