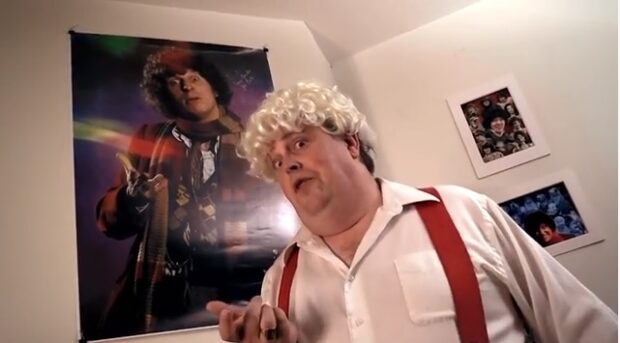 Almost live from the Los Angeles Airport Marriott, it’s The 31 Flavours of Gallifrey One. An annual gathering of Doctor Who fans from around the world, this year has been as fun as ever, with Christopher Eccleston (the 9th Doctor), Pearl Mackie (Bill), and Tosin Cole (Ryan) making their first trip out to meet the LA Whovians.

For eight years, the convention has also featured a sketch troupe that started out Who-centric but has broadened their focus. The brainchild of writer/producer/actor Bob Mitsch, The Idiot’s Lantern always wears its geek credentials on its sleeve. Friday night (Valentine’s Day), they performed their brand of lunacy to a packed Ballroom. Their live stage show provides a lot of sharp humor and obscure references for fans (yep, laughed at them all), with a special nod to the magnificent idea of having the Master be Mister Rogers.

However, it’s their video sketches that consistently kill and send me scrambling to YouTube afterward to see if they’ve got them posted. And so, though a day late, this perfect Valentine’s Day message from “international treasure Tom Baker.” The weird thing is that I could completely see the real Tom Baker performing this sketch without blinking. Thanks, Bob.