“Everything I have done in comics has led to #DoomsdayClock.”

With that tweet, DC Entertainment CCO Geoff Johns announced his latest rocking of the DC Universe. According to reports, this will bring things full circle from last summer’s Rebirth Special, in which Johns brought back hope and enthusiasm to DC Comics. With it, though, he also brought the implication that characters from Alan Moore and Dave Gibbons’ classic Watchmen had been meddling in the DC Universe, with Dr. Manhattan possibly responsible for the New 52. The shocking revelation, whether or not it was Dr. Manhattan responsible? Characters now knew that ten years had been removed from their lives.

This week will see the last chapter in a Batman/Flash crossover called “The Button,” that also spun out of Rebirth. For at the end of that Special last summer, the Comedian’s blood-spattered smiley face button appeared in the Batcave, wedged into a cave wall. While it seemed like the trail would lead to Dr. Manhattan, it really led the Dark Knight and the Scarlet Speedster to Flashpoint, the alternate reality in which Bruce Wayne’s father Thomas became Batman after his young son was shot in an alleyway. The creation of that reality and its subsequent undoing had resulted in the New 52 Universe, the line-wide reboot in which all of DC’s heroes had been operating for only five years instead of the assumed… fifteen. 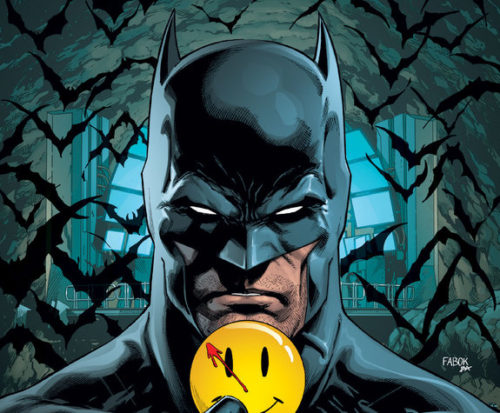 Over in the Superman titles, the mysterious Mr. Oz had also been observing and manipulating the Man of Steel’s life, and if you’re just tuning in, this is where it gets weird. Where the New 52 had a younger, more brash Superman, that version died just before Rebirth. Luckily, an older, married Superman — the one who had been in DC Comics from the 80s forward — had somehow survived the destruction of his continuity, along with his wife Lois and their young son Jonathan Kent. When one Superman fell, a new one arose — and in the last month, Mr. Mxyzptlk used his 5th Dimensional impishness to right a few continuity errors, restoring the timeline that would have been there if the New 52 had never happened. At least, it’s restored for the supporting cast of Superman, with some new bits inserted to cover what we missed while reading a different Superman for five years. DC calls this “Superman Reborn.” 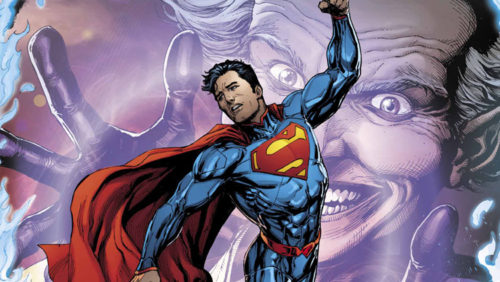 In November, these two crucial pieces collide, in what Geoff Johns promises is a complete stand-alone story, with no tie-in crossover issues, just four issues on its own. Teamed with Gary Frank, a personal favorite artist who imbues Superman with the spirit of Christopher Reeve, Johns will finally unveil the clash of the Watchmen universe with the regular DC Universe. Frank is adamant that this is NOT Watchmen 2, which I’m sure is of great comfort to Alan Moore. 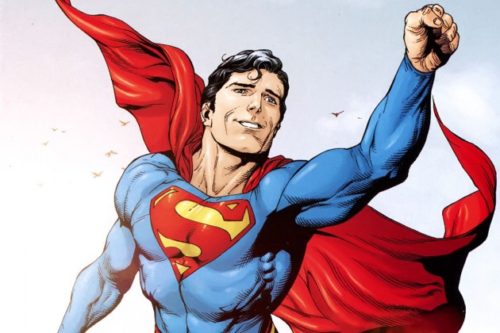 In the most anticipated story of the year, New York Times bestselling writer Geoff Johns confirms Watchmen will make an epic return to the DC Universe this November. As “The Button” crossover comes to a close in FLASH #22 this Wednesday, the four page epilogue affirms the mystery will continue with DOOMSDAY CLOCK from Johns and legendary artists Gary Frank and Brad Anderson.

“It’s time. Last year, the DC Universe confronted the legacy of Watchmen in Rebirth the way Watchmen confronted the legacy of superhero comics three decades ago,” explains writer Geoff Johns. “Thematically, and metaphorically, there was no better choice than to use Dr. Manhattan. If you’re going to have a conflict between optimism and pessimism, a battle between the very forces of hope and despair, you need to have someone who personifies the cynicism that has leaked into our hearts and also has the ability to affect the entire DCU. It’s all paying off this November with DOOMSDAY CLOCK.”

“DOOMSDAY CLOCK is a story for fans who love the DC Universe and Watchmen and want to see what a master of this genre creates when he puts them together,” says Frank. “As for my artistic approach to the series, each panel is extremely detailed and I am constantly thinking through the position of every single element.”

So the question is — will the new “shiny hopefulness” of the DC Universe survive the grim and gritty Watchmen? Is this Johns’ final statement on which should prevail? As a creator, he himself has gone back and forth. Sure, he gave us Rebirth, but he was also responsible for Flashpoint and the New 52. But artists’ attitudes change as they grow older, so the brash Johns who made a splash raising the stakes on The Flash seventeen years ago may now want to offer a clearer vision of hope. 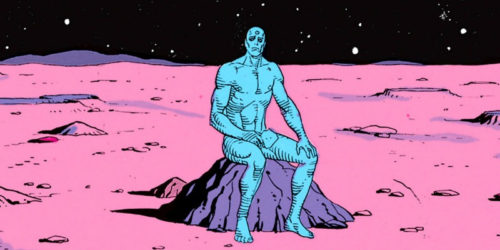 If you want to catch up, here are some crucial reads, either already collected or about to be:

and just for fun, because it runs parallel and deepens the “ten years missing” mystery:

Titans: The Return of Wally West