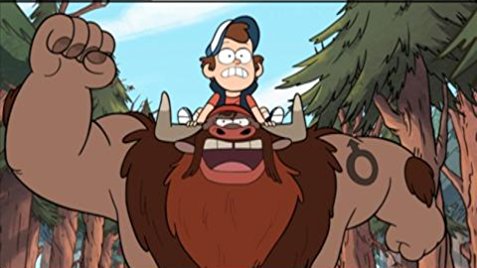 Over the past decade, some of television’s best science fiction and fantasy series have been animated on the Disney Channel and Disney XD. Sure, they do a lot of silly shows, but the mythology and tight continuity of Gravity Falls was a thing of beauty — and a series that I would pit up against any other beloved show from Syfy to HBO — partly because it also managed to throw in sly parodies of most of them.

Covering one summer at a tourist trap in the woods of Oregon, Gravity Falls put siblings Dipper and Mabel Pines living and working with their “Grunkle” (Great Uncle) Stan. But as should be in all small towns, things are not what they appear to be, and their are mysterious doings, a secret history, and the possible end of the world all contained in Gravity Falls.

And finally, it’s getting the box set treatment the show deserves! Coming out just in time for Comic-Con 2018, Gravity Falls means that I won’t be spending as much money in San Diego this year.

This summer, pack your bags and get ready to join Dipper and Mabel on their adventures in the enigmatic town of Gravity Falls! On July 24th, 2018, Shout! Factory will release Gravity Falls: The Complete Series, featuring all 40 episodes of Disney’s hit Emmy Award©-winning series available for the first time in a complete series box set.

Created by Alex Hirsch, Gravity Falls airs on Disney Channel and Disney XD. The series stars Hirsch, Jason Ritter (Kevin (Probably) Saves the World), Kristen Schaal (Bob’s Burgers, The Last Man on Earth) and Linda Cardellini (Bloodline, Freaks and Geeks), along with a plethora of celebrity guest stars, including Mark Hamill, J.K Simmons, Will Forte, Nick Offerman, Chelsea Peretti, and Nathan Fillion. Adored by critics and fans alike, Gravity Falls has developed a passionate fan base for its quirky yet endearing portrayal of the wonder and magic of childhood adventures. 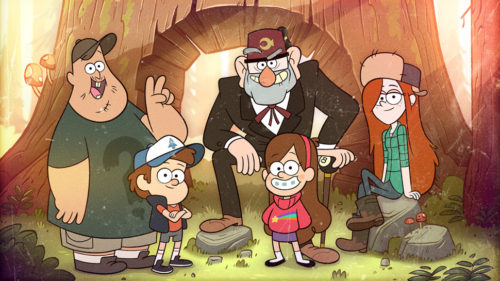 Available on Blu-ray and DVD, the complete series will be available in two editions. The Collector’s Edition will be a seven-disc box set that includes an entire disc of bonus features, including brand-new bonus content created specifically for this release. There will also be a six-disc retail edition that includes all 40 episodes of the series, but does not include the bonus feature disc. Bonus features are in progress and will be announced at a future date. Fans of the series can pre-order their copies now by visiting ShoutFactory.com

Inspired by Hirsch’s real-life adventures with his twin sister, “Gravity Falls” follows twin brother and sister Dipper and Mabel Pines on an adventure of a lifetime when they spend the summer with their great uncle, Grunkle Stan, in the mysterious town of Gravity Falls, Oregon.

But there may be more to Gravity Falls than meets the eye as Dipper and Mabel encounter strange occurrences and weird creatures. When Dipper stumbles upon a mysterious book, he discovers it is the answer to uncovering the town’s mysterious happenings. Soon, Dipper and Mabel realize they must rely on each other to navigate this unfamiliar place. Meanwhile, Grunkle Stan guards a secret of his own—one that just might hold the key to unlocking the deeper mystery that is Gravity Falls. 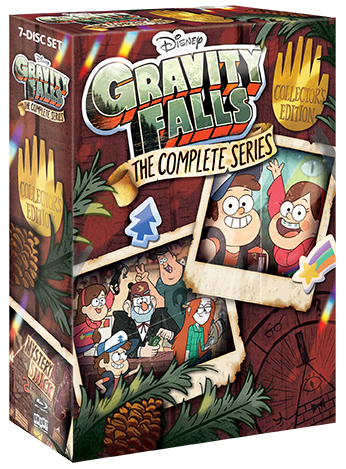