Both Planet of the Apes and 2001: A Space Odyssey are visions of the end of mankind. So of course we need to celebrate those films with adorable plush toys! I’m not even being sarcastic, because these things are adorable.  Throw in the October release of a Keepsake ornament of HAL-9000, and I have to admit, at least one of these items will be in my home before 2018 ends.

First, the Planet of the Apes Itty Bittys — you can cuddle them and say “keep your plushy paws off me, you gosh-darned adorable apes!” The Dr. Zaius and Dr. Cornelius 2-pack kills me with the packaging. The back side of it features an Itty Bitty version of the post-apocalyptic Statue of Liberty, and I’m leaning into it. 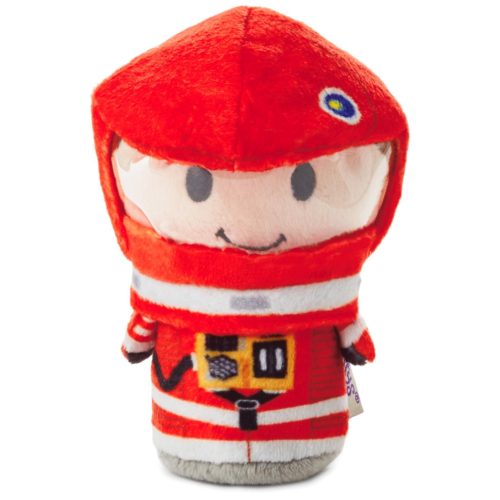 The item that will definitely be on my tree is, of course, the HAL-9000 ornament. This is just announced, and promises to have 4 “iconic quotes” from the film, which I’ll also assume is in Douglas Rain’s voice. Hallmark has not specified which phrases they are, but I am keeping my fingers crossed that HAL will be sound-activated, so that when you walk by the tree and say “Have a Merry Christmas!” HAL will respond with “I can’t do that, Dave.” 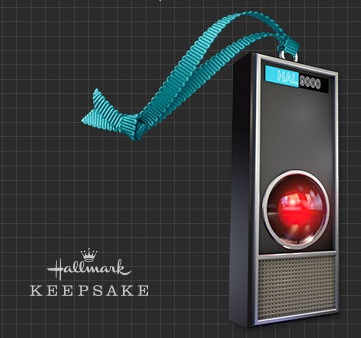 It’s just a Christmas wish I have. We likely won’t know for sure until mid-July 2018, which is when Hallmark usually has their Keepsake Ornament premiere. And that is the day you will hear fans say, “Open the Hallmark Store doors, HAL…”

Hallmark has also announced the first of their 2018 Comic-Con exclusives — enamel pin sets that will be available at both SDCC and NYCC 2018 at the Hallmark PopMinded booth. Almost identical, the difference between the two sets will be that in San Diego you can get Thanos, and in New York it’s Deadpool. In both places, it’s bound to be leading to a long line of fans.