What do Star Wars, Groucho Marx, and Doc Savage all have in common? You’ll have to read I Was Flesh Gordon to find out. Though the book (from McFarland Books) sold out at Comic-Con, it’s now available through Amazon, Barnes & Noble, and other booksellers. The memoir of star Jason Williams, co-written by Fanboy Planet’s Derek McCaw, details the secret history of one of the most influential sci-fi movies in Hollywood. 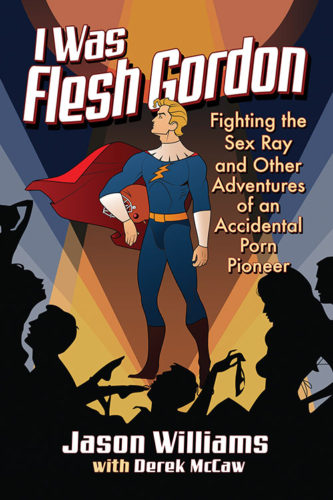 In 1971, struggling actor Jason Williams answered a newspaper ad that would change his life. Leaping from small roles on TV sitcoms and dramas, he thought being an action hero in a big-budget adult film would change his career. It did, but not in the ways he thought — nor any you might be thinking. It’s a story that could only happen in Hollywood — and actually did. 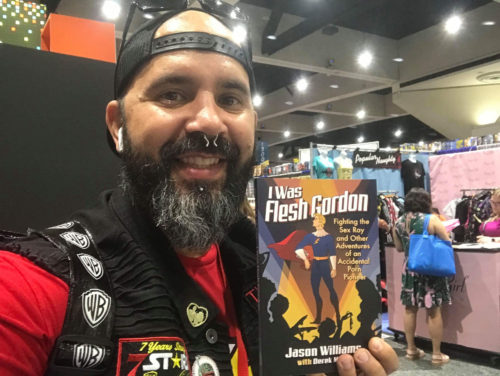 7 Stars Bar & Grill owner Paul Cunha picked up the last copy at Comic-Con, so he doesn’t have to order on Amazon — but you can!