At the Sonoma Valley Film Festival, I had the honor of seeing My Date With Drew, the hilarious documentary that’s getting released on August 5th. The Drew Crew, those intrepid documentarians, agreed to let this poor schlub interview them.

Fanboy Planet: First off, I heard a friend of mine describe My Date with Drew as “SuperSize Me with a Heart instead of Kidney Disease.” What of the recent crop of documentaries influenced your work?

Brian Herzlinger (Star/Director/Producer/Editor): Well, if that’s not a compliment, I don’t know what is! As for what docs have influenced us, you have to remember that we were making our film at the same time Supersize Me was just surfacing, so we hadn’t see or heard anything about it until after we were done shooting. The fun part about our film is that it really is a hybrid project, a documentary that includes aspects of a romantic comedy. So, one of the things we are most proud of is we can say that no other movie has ever been made like ours before…at least not for $1,100. 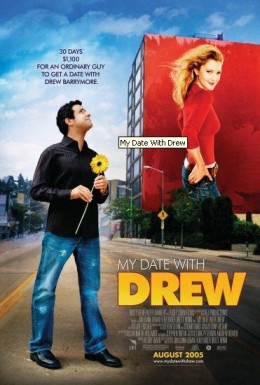 Brett Winn (Director/Producer/Editor): I agree with Brian. What a huge compliment! While I have always appreciated and enjoyed great documentaries… like Capturing the Friedmans, Dogtown and Z Boyz and the majority of Michael Moore docs, this film became something entirely different. While it was shot like a documentary, over the course of the production, it became a kind of hybrid romantic comedy. However, over the last couple of years, documentaries have become much more of a driving force in the film industry. For the first time, they have become actual competitors in the film market… which is great to see. Today, it is not as uncommon to see a film shot on video as it once was. Audiences have become much more forgiving of format in exchange for good content. These are all things that inspired us to make this film.

Kerry David (Producer): Well I just love that people are talking about My Date with Drew and that they’re comparing it favorably with a huge hit like Supersize Me! I can’t say that I was notably influenced by any of the recent documentaries either, but like Brett I am a huge fan of documentaries such as Capturing the Friedmans and Spellbound even as far back as Michael Apted’s brilliant 7 and Up series.

Jon Gunn (Director/Producer/Editor): I think I’ve been more influenced by mockumentaries – Christopher Guest movies in particular – because they find great comedy in the specific personality traits of characters. But I also love how more traditional documentaries give a unique access into people’s lives that you would not normally have. So I was very interested in the idea of making a real documentary that was also funny. I never realized it would be a movie that inspired people so much. That was just a bonus.

Fanboy Planet: It must have been hell to watch yourself on a first date. That was one of my favorite sections of the films, especially since it went far better than any of my first dates. Whatever happened to the Drew-alike? The two of you seemed to have chemistry. You should have gone out with her again!

Brian: I am glad that it was one of YOUR favorite parts… that was the most embarrassing moment of my life!!! Yes it was hell to watch myself on that test date, especially having the rest of the team critique my “performance” afterwards. As for the Drew look-alike, her name is Lily Rains, and she is continuing to weave her spell in front of the camera on other projects.

Jon: As a friend, I was horrified and embarrassed for Brian watching him on the “test date”. As a director on the project, I was delighted. That’s great stuff!

Fanboy Planet: At what point did folks start to say “Ok, I’ve had enough”? Did anyone walk off for a time? Who talked them back down?

Brian: If you’re asking if any members of the Drew Crew ever wanted to leave the project, I can absolutely say that is not the case. No one has ever walked off for any time. We are all involved in this project, and we are enjoying this amazing journey together. 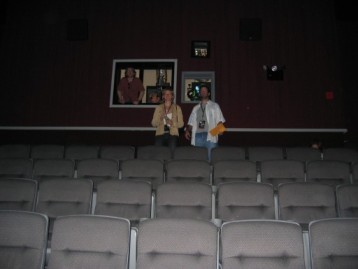 Brett: One of the greatest things about this project is that we are all best friends who have always been extremely passionate about this project. If one of us was feeling down or defeated… the other 3 were always there for inspiration. We’ve kept each other going… and together have proven there’s nothing we can’t tackle as a team.

Kerry: It’s true, we became so close during the filming of the movie and every day had a different surprise in store for us. There was so much excitement and adventure in front of the camera that we didn’t have time for disagreements or to even consider walking off the project! As a testament to the guys and their friendship, the only situation that could have lent itself to a potential fight scenario was in the edit bay – 3 directors, one edit bay…. (or Mac laptop in Brett’s bedroom!) but it didn’t even come close to occurring. If they had a different idea for how we should lay something out then both scenarios would be tried and the best would be agreed upon.

Jon: Although the process of pursuing the date with Drew and making this movie had some very difficult moments, there was never a time when any of us thought about quitting. We were determined to see it through, no matter what the ending. We still feel that way today, just weeks away from the theatrical release. This movie has become so important to us, and we love the struggles as much as the victories. Well, almost as much.

Fanboy Planet: What was it that kept you going through the entire process? What would you have done differently?

Brian: This whole experience has been the most amazing rollercoaster of my life. We have had the highest “highs” and the lowest “lows”, and through it all, what kept me going was the hope of trying to make a lifelong dream come true. I wouldn’t have done anything differently… except perhaps that test date!

Brett: All of Brian’s friends know about this lifelong dream. I am just so excited that I could share in the experience. It truly has been a life changing journey… and a reminder that you should always follow your dreams.

Kerry: I don’t know that I would have done anything differently, it’s been the most exciting adventure ride I’ve ever experienced with the highest highs and the lowest lows but always, always there were Brian, Jon and Brett there as not only brilliant filmmakers, but steadfast friends.

Jon: From the day we started shooting this movie, I was just so curious to know how it would end. The great thing about making a film like this, unlike most movies, is that you don’t know where it will lead you. You don’t know the ending to your own movie until it’s done. So I was constantly motivated by an incredible curiosity to know – will Brian get the date or not??

Fanboy Planet: OK, it’s coming to theatres near me and I’m dragging everyone I know to see it opening night. What’ve been your thoughts when you’ve seen it with a crowd? Are there reactions that surprise you?

Brian: First of all, thanks so much for spreading the word to your friends. That is so awesome, and as you know from seeing the film, it is word of mouth that keeps our journey going. As for seeing the film with a crowd, it is one of the best experiences of my life. We’ve won Audience Awards at three of the four festivals we’ve played, with the fourth being a Grand Jury Award. To watch “Drew” with a sold out audience, and have people come up to us after the film saying that we inspired them to follow their dreams, that is the best feeling in the world. You can never presume to do that as a filmmaker, but you can hope to, and that is such a great feeling.

Brett: It is absolutely amazing to watch audiences from 8 years old to 80 enjoy this film. I think people definitely relate to Brian and live vicariously through him and his journey. Everyone has something they’ve always wanted to accomplish… but for whatever reason were afraid to try. This film is very honest and very grass roots which I think inspires people to say…. “If Brian can after his lifelong dream… why can’t I?”.

Kerry: Without doubt, experiencing this film with an audience is the best part! We’ve actually joked between ourselves that had we set out to make a film that was this inspirational and touching we’d have failed! It really did take on a life of its own during filming and in post and that has continued in the way audiences have been responding to it. Thank you for telling your friends to go see us opening week-end, we have a very small marketing budget and we need all the word of mouth advertising we can get!

Jon: To me, the most surprising thing about audience reactions have always been the tears. I couldn’t believe people were crying watching it! We thought we were making a comedy, and never realized how much people would connect with the heart of the quest, and how much people would be inspired by it. I love hearing people say weeks after they saw the movie that they can’t stop thinking about it, and that they want to quit their jobs and pursue their dreams. Who knew our little movie would cause people to quit their jobs?! Fanboy Planet: Have you thought of pulling a Spurlock and doing a TV Show where you help average guys/gals get dates with stars? If you have, I call dibs on Ashley Banfield!

Brian: We actually do have a TV show inspired by “My Date With Drew” that is in the works. And of course, Ashley’s all yours!

Fanboy Planet: Finally, the standard closer, what’s next for the Drew crew?

Brian: Kerry David and Jon Gunn have a lot of projects in development under their company, “Lucky Crow Films,” and Brett and myself have a number of projects as well under our company, Rusty Bear Entertainment.” All four of us will be executive producing a TV show inspired by My Date With Drew, with me as the host.