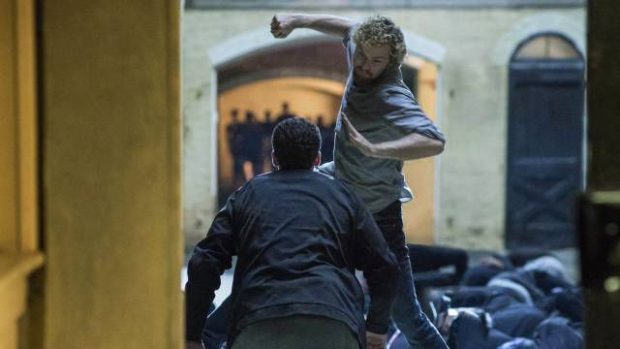 Marvel and its Netflix deal are starting to feel like mid-way through Thanksgiving dinner. As we sit gorging on Luke Cage, patting our stomachs and saying, “no, really, I couldn’t eat another bite…” Netflix says “how about more? Who’s ready for Iron Fist?”

Granted, it’s six months until then, but it still feels stuffed and delicious. The announcement video below doesn’t show any actual footage, but at least there’s the image of his dragon tattoo in the smoke. What I really want to see at this point is a costume. Marvel’s current comics series of Power Man & Iron Fist has shown that Iron Fist could have an outfit that both looks right to his history and still looks real — since that’s clearly what every costume has to be.

So if you needed a reason to stay in on St. Patrick’s Day — here it is.