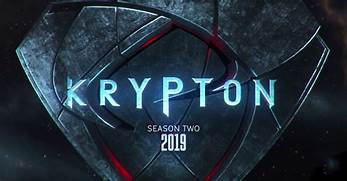 Syfy has released its first look at its hit show’s second season, Krypton. The story follows Seg-El, who would eventually be Superman’s grandfather, as he navigates life on Krypton. The trailer focuses on the threats that Seg-El will face this upcoming season which include Zod, Brainiac, and Doomsday.

Set two generations before the destruction of the Man of Steel’s home planet, the show was Syfy’s most-watched debut season since 2014 and the most-watched season for any scripted series on the network in four years. The series has averaged about 1.8 million viewers a week. Created by David S. Goyer, Krypton stars Cameron Cuffe as Seg-El. A premiere date has not been announced.