Only in theaters! I think that will work by September. Tom Hardy returns as Eddie Brock, hapless investigative reporter with a murderous alien symbiote. It’s clear that director Andy Serkis will be striking a delicate balance between out and out comedy and, well, carnage. Woody Harrelson (with a much better hairpiece this time around) returns as Cletus Kassaday, about to escape his death sentence and become the more horrific scion of Venom.

I’ll be honest — I wasn’t a fan of the first Venom, but I also don’t like the character much in comics. This time, knowing what I’m getting going in, with a filmmaker clearly knowing it, too, I’m intrigued. And a special thank you to Sony Pictures Entertainment for letting us host the trailer on our YouTube channel. 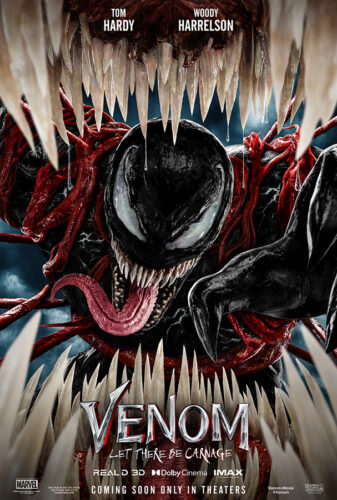