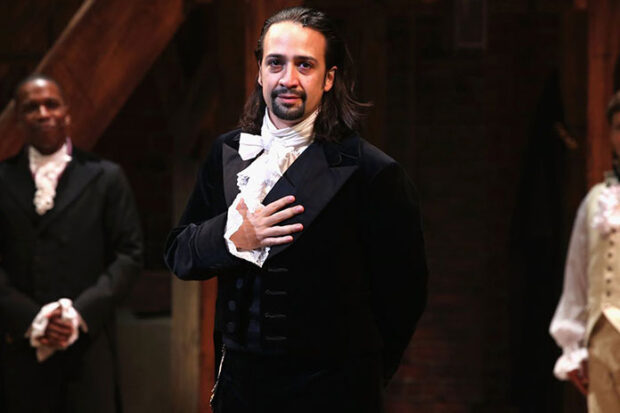 Disney+ has released a minute-long trailer for Hamilton, the official filmed version of the 2015 rap-inspired Pulitzer Prize-winning stage musical. Edited together from some of the final performances by the original cast, this long-awaited capture comes from the Walter Kerr Theatre in New York City.

Originally slated for a theatrical run in October next year, Disney moved up the digital release to next Friday July 3rd – delivering the only major film release to hit for this year’s July 4th weekend. The film is shot and edited by the director of the original stage version, Tony-winner Thomas Kai.

The studio paid a reported $75 million for the rights to the filmed production, so this is a major event for the streaming service which has over 54 million subscribers as of the beginning of May. Free trials have ended so those hoping to sign up, watch it for free, and cancel – you’re out of luck.