“Are you watching Wandavision, and are you able to explain in laymen’s terms what the F is going on, for those of us who’ve only seen 3-4 MCU films total, none of which was an Avengers film?”

That was a text I received a week and a half ago, from my 7th grade girlfriend Martha Garcia. I texted back, “Let me get to my computer and I’ll type it all out on Facebook.” And then I thought, wait, this is perfect. Most of the people I interact with on Facebook regularly already are steeped in the Marvel Cinematic Universe. I should talk with somebody who is just casually interested in this stuff, who doesn’t read comics, who doesn’t know all the things that Wanda Maximoff did in comics, and who, as it turns out, only vaguely remembered that Paul Bettany was the voice of Tony Stark’s AI, J.A.R.V.I.S.

In short, does WandaVision work for the average viewer? Luckily, Martha agreed to join me for just such a conversation. Here we go in a dive into the first 4 episodes, from opposite ends of nerd knowledge.

Special thanks to Martha Garcia for joining me, and as an added bonus — Randall Park as Jimmy Woo, who deserves his own series as leader of the Agents of ATLAS: 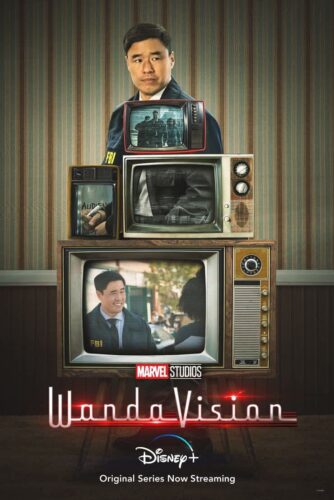