We ran Dettrick Maddox’s brilliant series of posters for Marvel Studios’ Black Panther, which Marvel Studios didn’t actually commission. They were fan art. They were great. And before Marvel has had a chance to release posters for the upcoming Avengers: Infinity War, Maddox has given it his own spin on Marvel magic.

Now that Marvel has moved up the release of Infinity War to April, you can probably catch a double-feature of Black Panther and it, because we all know that in theaters and in our heart, it’s #WakandaForever. Now bask in the infinite. 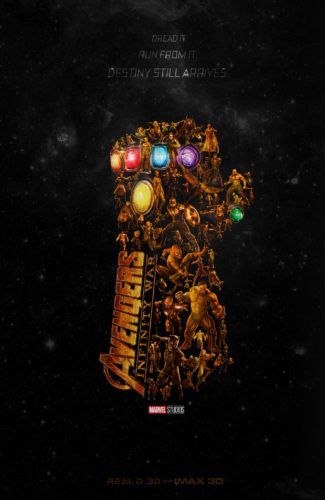