Just to get you in the mood for the day (and the night), here’s a preview of a graphic novel published by Dark Horse Comics. It’s another view of the supernatural world from Hellboy creator Mike Mignola and artist Warwick Johnson Cadwell, merging the feel of Hammer and Universal horror with The Fearless Vampire Killers and, of course, a touch of Mignola.

“Maybe because Warwick is English and we met in England, my first thought when it came to working together was to do something that would feel like those great old Hammer Dracula films,” said Mike Mignola. “I figured he must have grown up with those and must love them at least as much as I did. How could he not? So the book is a very obvious nod to those and also to my all-time favorite vampire film, Roman Polanski’s The Fearless Vampire Killers. But for the sad, doomed werewolf I went straight back to the monster movies of my youth—the Universal ones. Mr. Higgins is basically just a slightly more Hammer version of Lon Chaney Jr. in The Wolf Man.”

In Mr. Higgins Comes Home, preparations begin at Castle Golga for the annual festival of the undead, as a pair of fearless vampire killers question a man hidden away in a monastery on the Baltic Sea. The mysterious Mr. Higgins wants nothing more than to avoid the scene of his wife’s death, and the truth about what happened to him in that castle. However, these heroic men, sworn to rid the world of the vampire scourge, inspire Higgins to venture out and to end the only suffering he really cares about–his own.

“I prefer to think of vampires as just plain mean, rotten to the core, and that the biggest transformation a human would undergo would be the change of will,” said Warwick Johnson-Cadwell. “Werewolves are different, they are dual characters: human and animal. The human side has to deal with the horror of their animal form, deal with the carnage and the remorse for those actions. And sadly has to do this eternally, as there is no way to free themselves of this curse. This ongoing burden lends a tragic element to that character. What is interesting, then, is when the wolf has appeared it may lend a cathartic release to Mr. Higgins’s frustrations when his own supernatural rage is released.” 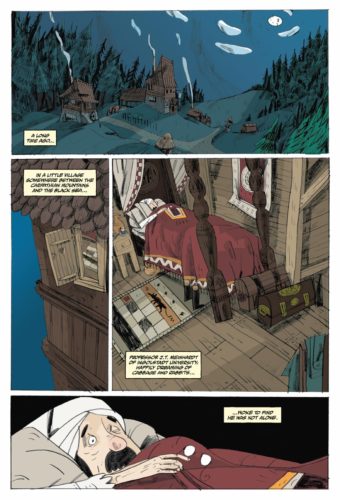 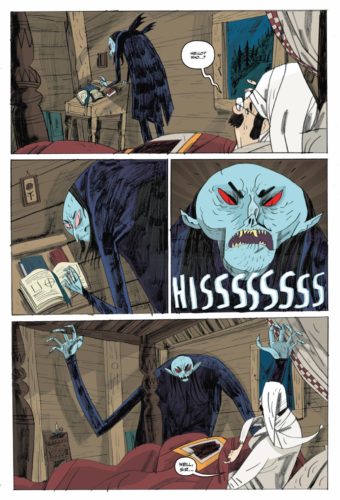 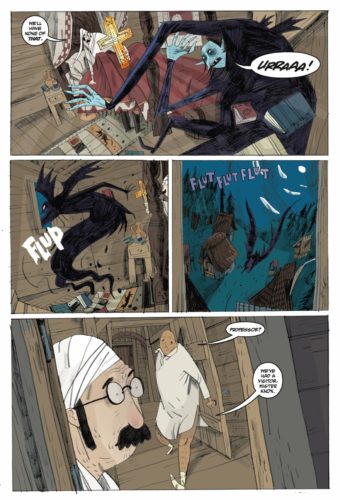 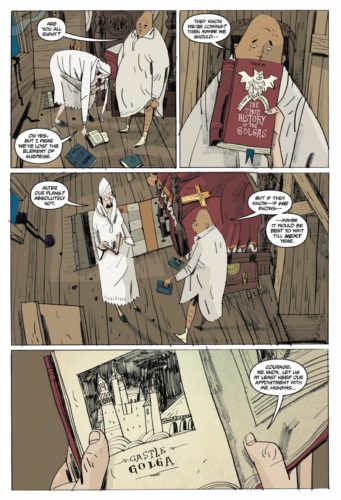 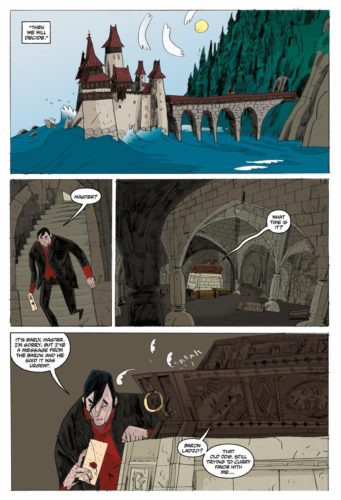 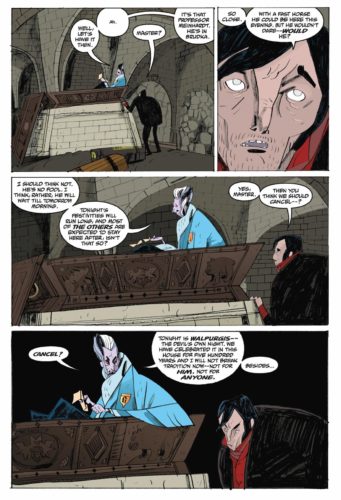 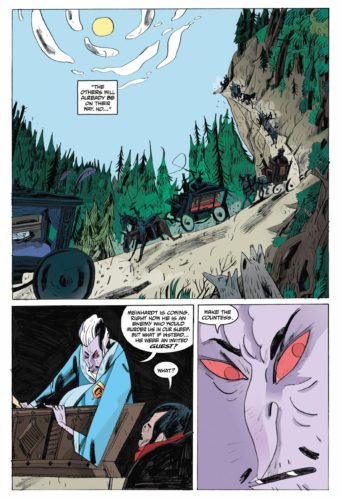 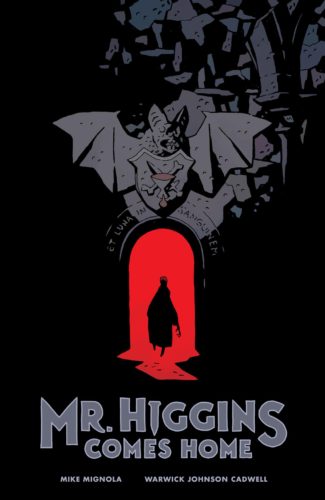 Mr. Higgins Comes Home is available in comics shops and on Amazon.