Since rumor has it that Fox will temporarily suspend the X-Movies after the now-delayed X-Men: Dark Phoenix (and we sort of predicted that), I am grateful that before it happened, Terry Crews got to be a superhero. As this trailer has Deadpool (Ryan Reynolds) shouting out an X-Force roll call, we can confirm that Crews plays Bedlam, who was a member of X-Force in the comics, along with Shatterstar and Domino. Lewis Tan appears in full Shatterstar gear, and, of course, Zazie Beets gets a few good lines in the trailer as Domino. Luck does seem to be a cinematic superpower.

Though I can’t spot him in the trailer, I’m hoping that the credited Bill Skarsgard gets a completely inappropriate Pennywise moment. Also, I’m not sure who’s playing random guy Peter, but here’s hoping he becomes the most valuable member of the X-Force of them all. Because if we’re not going to get an X-Force solo film as originally announced by Fox, this version of the team had better make everyone want it. (Bob Iger and Kevin Feige may still want it, too.) 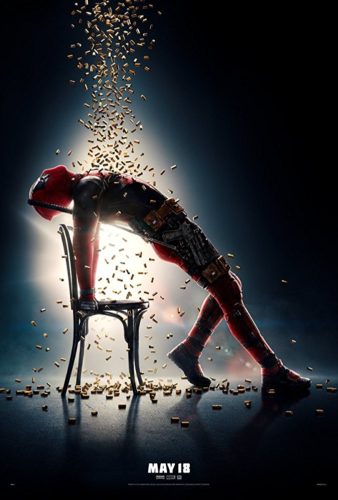