If the name Barrie M. Osborne doesn’t quite ring a bell, it’s probably because his producing partners on his last project got all the good press: Peter Jackson and Fran Walsh.

Osborne has been producing since the early eighties, working on a few well-known films like The Big Chill, Peggy Sue Got Married, and even Dick Tracy. After a stint as vice-president of features at Disney, he went into producing full-time, taking a few chancy projects like Wilder Napalm and Rapa Nui, then launching a franchise you may have heard of: The Matrix. However, Middle-Earth came calling, and Osborne answered. Recently, he visited the Bay Area for a special showing of The Return of the King, and took some time to talk to interviewers. We had ten minutes, and we hope we made it count.

Derek McCaw: Now that the trilogy is done, fans are hoping for The Hobbit to get made. Do you think it’s a possibility, and if so, will you be involved with it?

Barrie M. Osborne: We would love to do The Hobbit. The rights are complicated, because one of the studios has North American distribution rights, and I don’t think anyone’s going to go into it unless they have all the rights. I think a split rights deal would be hard to do. It would take a while to straighten that out. We’ll see what happens.

DM: Was there a moment when you really realized that this film project, The Lord of the Rings, was finally done?

BMO: That is a very good question.

DM: It hasn’t happened yet?

BMO: No. (laughs) It doesn’t feel like it’s done. There’s the extended cut DVD of the film that’s in the works, and that will take until May or so to get finished. I had told Peter and New Line that I would help in the background but that I wasn’t going to be actively involved on a day to day basis. I want to go on with other things. But I get daily e-mails from Rick Porris who is actually handling it. 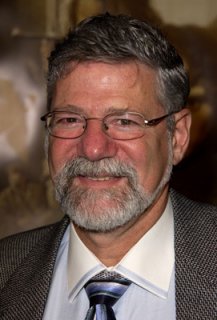 DM: Okay, but once that’s done, are we going to have to shell out again for a complete trilogy DVD set?

BMO: I’m sure you will. (we both laugh, one of us ruefully) Peter has a lot of things that he hopes to do in the future for a combined trilogy set. It will be cool, but that’s something in the future. I don’t think that will happen right away; it’s a couple of years down the road.

DM: Which Middle Earth character do you most identify with?

BMO: That’s a hard one. In terms of our cast, I love everybody. And I say that sincerely. We really became a fellowship ourselves. But I suppose I love Aragorn’s story. A guy who grew up with something we named “lineage dread,” fearing that he would never rise above, that he could never become anything because so many generations ago his ancestors had failed to destroy The Ring. He would always live in the shadow of that and never rise above it. In fact, he finds out that he is his own man and raises to his own level. He finds out that he is a worthy human being and can become a leader of men. 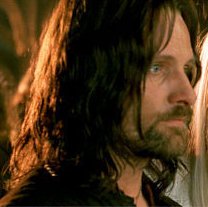 Or Frodo’s story, who sets out as the smallest guy with the most significant task: to destroy evil in Middle Earth. And succeeds. With the help of his great friend Sam, of course.

DM: So you’re trying to wipe out evil in the film industry?

BMO: I wouldn’t say that. No, just the story of taking on a great challenge.

DM: How much of the budget was spent on foot care?

BMO: Foot care? A significant amount. Wait a second. I think I actually have the statistic here somewhere. Not how much we spent, but…we made sixteen hundred pair of prosthetic hobbit feet used during principal photography. I bet you could add another…we probably made well over two thousand hobbit feet for the movie.

DM: Did you keep a pair for yourself?

DM: The big talk in the mainstream industry is that this will finally be the year for the Oscar. Has the producing team picked an Oscar spokesperson if you win, and could you give us a little preview of your speech?

BMO: You know, you can’t go into it that way. First of all, for me, I think for all of us, we set out to tell this great tale. We put all of our effort into doing that. The fact that we’re nominated for things, and have been over the last three years, is a great honor.

In terms of speechmaking, I find that if I go up with a written speech I get too nervous. If I have to say any words, if I’m lucky, fortunate enough to get to say any words, I have a general impression of what I would say. But I don’t actually write a speech.

BMO: Well, the titles are misused, frankly. Classically, the Executive Producer would be someone who put the project together and raised the money. The Producer would be the person who oversaw the production and had a hand in maybe putting the project together, overseeing some of the creative aspects of the movie. As well as some of the marketing aspects of the movie.

What happens, though, is that those titles get misused, unfortunately, all too frequently. And so what can I say? It all depends on who you’re dealing with, and who is the person who has put the deal together and whether they’re generous or not generous about the title. 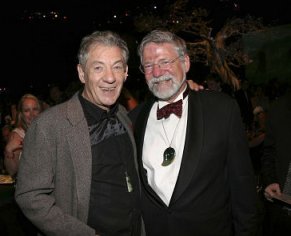 DM: You didn’t follow up with the last two Matrix films. I doubt you had time. But did you think that that worked as a trilogy?

BMO: Let me put it this way. The Wachowskis are great friends, and I admire their work tremendously. I loved working on The Matrix. We discussed my leaving and doing The Lord of the Rings. At that time, they did not have a commitment from Warner Brothers to do the sequels. I thought at that time they had a good, solid idea of what they were going to do. I very much wanted to do it with them.

But when The Lord of the Rings came up, they agreed with me that it was a great opportunity for me. So I left and did that, and couldn’t do their (trilogy) as well as mine. I think they’re great filmmakers. Things work and don’t work in their film, but I actually admire their work tremendously.

DM: You spent some time as an executive in features at Disney, and right now there’s a lot of controversy concerning their future. Do you have any feelings on that, having worked on the inside?

BMO: When I was there, I loved the managerial team, which was a combination of Frank Wells, Michael Eisner, and Jeffrey Katzenberg. I thought that trilogy, those three guys, really did a great job of running that studio and building that studio up from what was a fairly dormant company to what it is today. I can’t speak to what’s happening there now because I haven’t been involved with them.

DM: You’ve produced one of the biggest achievements in cinema history. No one is going to refute that. But you’ve moved on to much, much smaller movies – The Last Place On Earth and something called Jindabyne. Why the shift in scale?

BMO: Really what attracts me to a project is a script and the talent behind it. The Last Place On Earth was done a long time ago, so I’m not going to comment on that. Jindabyne is a picture that a good friend of mine, Ray Lawrence, is directing. And I’ve always wanted to work with Ray, and this is an opportunity to work together. It is a smaller film. It’s based on a Raymond Carver short story, “So Much Water, So Close To Home.”

Actually, Altman did it as one of the shorts in Short Cuts, but this is an expanded full-length film, and I think Ray is a really talented director. He last did Lantana. The material was appealing to me, and Ray was appealing to me as a director, so that’s why I’m doing that.

I’m also working on a picture with Robert Sarkies called Magnificent Magic Fingers, which is a children’s fantasy film, based on the tooth fairy somewhat. But really, based on the need for these young kids to find belief in order to save themselves. It’s a great little story that I hope to make.

DM: Let’s assume that with your success you could absolutely any project going. What would be your dream project, or are you doing it already?

BMO: Yeah, I am working on some of them. There are many different ones that I find appealing. As you work through a project, initially it may just be an idea or a thought. It may be based on an article. It may be based on a short story or a novel. As you go through the production development process, the story evolves. Until you get to that point where you’re ready to go in a production, it’s not a dream project. It’s a project that you have a passion for, that you want to get made. And I have many of those.

DM: Thank you for your time with me. I really appreciate it.

Okay, so he could have been just being nice, but he sure seemed sincere. But I can’t believe he didn’t keep a pair of hobbit feet.