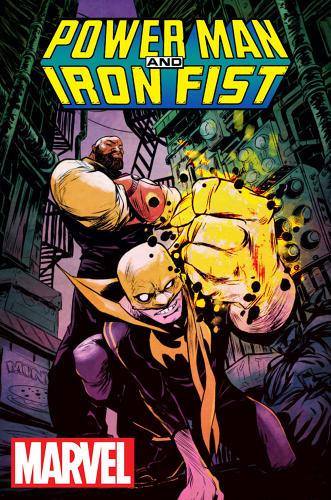 How has it taken this long? Perhaps it’s best not to question and just be grateful it’s coming. The Fast Company magazine website breaks the news this morning that Writer David Walker (Shaft, Cyborg) and artist Sanford Greene (Runaways) will bring the original Heroes for Hire, Power Man and Iron Fist, into 2016. Long a fan favorite concept, the original duo have not been the sole focus of a book in years. Walker describes them as “…the original bromantic couple.”

Though the team has been in talks for a year on this project, the announcement comes on the heels of Marvel announcing Ta-Nehisi Coates and Brian Stelfreeze on Black Panther. Walker was quick to praise Marvel for its inclusiveness, telling Fast Company magazine,

“People use the words diversity and representation a lot these days, but it’s important to draw the distinction between diversity and representation being a marketing ploy versus an ideological shift. Saying, ‘This is how I want to live my life, this is how I want to run my business.’ It’s a difficult conversation to have for a lot of people for a lot of different reasons. This particular project has been in development for quite some time—and during that time, people were blasting Marvel and DC and other publishers about their lack of diversity and representation, but then you’re sitting there at a convention wanting to go, ‘Hey! Guess what book I’m writing!’ but you can’t. Then a book gets announced, like Black Panther, and there were people who were like, ‘Oh, yeah, Marvel just got those guys to shut all the critics up.’ I’m like—they got a guy who is one of the best writers in the country right now! You can’t broker a deal like that over a weekend, you know? It takes time.”

It’s not a marketing ploy. It’s a good creative team reviving a book that people want to read. And with both Luke Cage and Iron Fist on the docket for Netflix series following Daredevil, it’s just good business.

There are some challenges in bringing the two out of a 1970s perspective, as reflected in a Deadpool storyline a few years ago. Greene has redesigned Luke Cage in a way that pays homage to his old yellow shirt and tiara while also honoring his status as a family man now.

All we know from Marvel is that this addition to “All New, All Different Marvel” will release sometime in early 2016. 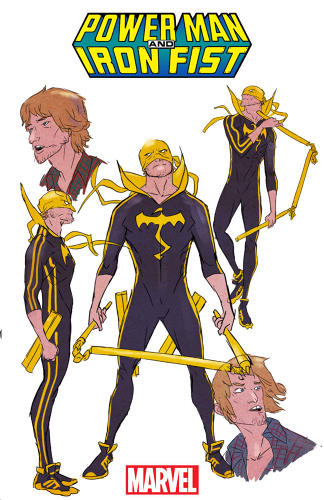 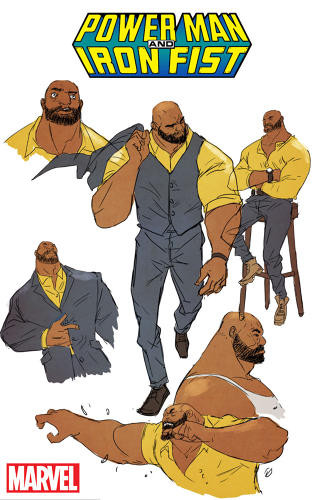