It centers around a pun and premise so bland and obvious that even Maria Hill, undercover as the Mayor, calls attention to it. Welcome to Pleasant Hill wants to set us up with a utopia that is obviously anything but, a popular trope recently explored in shows like Wayward Pines and Twin Peaks. Almost all of it owes a debt to The Twilight Zone, which maybe, just maybe, would have been as allegorical in its naming.

As a set-up, though, we know that this isn’t really a mystery. It’s a standoff, or leading to one. It’s right there in the title. This series isn’t Pleasant Hill, though it might have been cool to explore from that angle. It’s Avengers Standoff, which might lead to Civil War II. Aside from the title, it also has a prologue featuring the Winter Soldier breaking into a S.H.I.E.L.D. facility, to discover that the agency has been experimenting with shards of the Cosmic Cube — known to movie goers as “the Tesseract.” 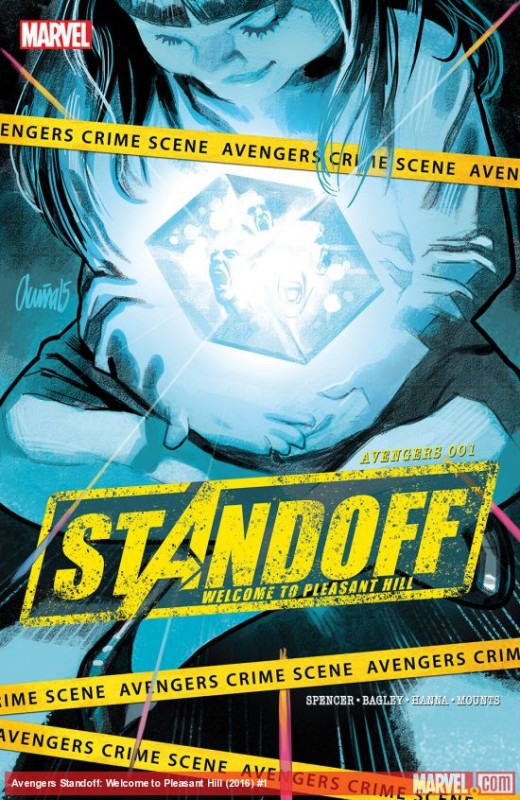 Is reality being played with? Maybe. And the suggestion of that question is the main thing that keeps this book the slightest bit interesting. After the prologue ends with the Winter Soldier’s capture, a blond man awakens in the woods just outside of Pleasant Hill, his memories missing. Vague flashes of Captain America, Bucky, and eventually a gleaming cybernetic arm are his only clues, and to the credit of creators Nick Spencer and Mark Bagley, things aren’t as obvious as they seem from that description.

The town of Pleasant Hill is one of those where everything fits an idyllic stereotype of an America that never was, with the underlying sense of menace that its citizens must never leave. For sharp readers and moviegoers, Drs. Selvig and “Bruce” also appear, but with Spencer’s feint, it’s also likely they’re not who we must think they are. For a while, it seems like Spencer also owes a debt to a concept from Doc Savage, with a patent Marvel twist. 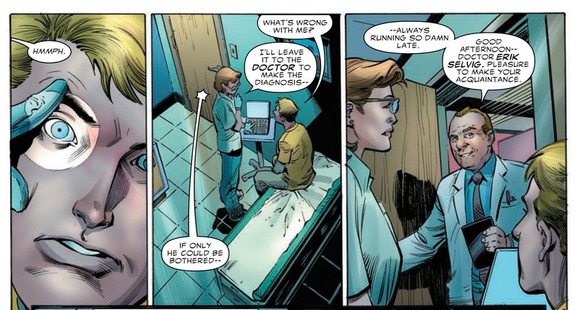 Ultimately, though, even with decent writing and plotting, with Bagley’s usual bright and clean art, Welcome to Pleasant Hill led me to a conclusion as inescapable as the town: it’s not meant for me, the guy who has been reading Marvel for decades. For someone who had not experienced its forebears (including a stunning first issue from about 20 years ago), Avengers Standoff: Welcome to Pleasant Hill might have some genuine surprises. It’s actually clever, just reworking beats that a previous generation has already seen more than a few times.

As always the question really is — are those newer readers there? Will they be interested in investing in another major cross-over so soon after the mixed success of the exhausting Secret Wars? At least this one seems more contained (for now), more akin to The Black Vortex than Civil War, with only 15 more books to buy. But there’s a huge part of me that just wants to wait until it all shows up on Marvel’s digital service, and that saddens me just a bit.