Move over, Nermal. After forty years, there’s finally a new world’s cutest kitten in town. That he stars in a movie that’s also hyper-violent, drug-laced, and hilarious may keep a few people from encountering him, and it’s their loss. 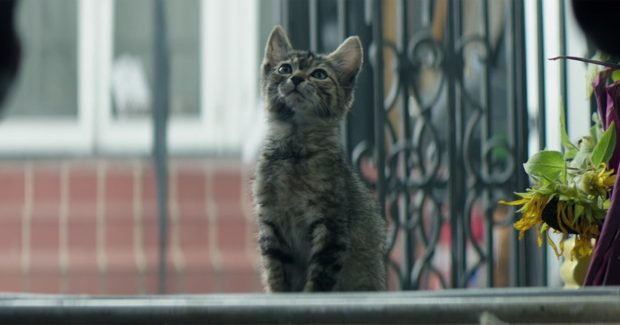 Eventually, the kitten makes his way to the apartment of Rell (Peele), a stoner filmmaker wrecked by his recent break-up. This adorable cat gives Rell something to live for, much to the relief of his cousin Clarence (Key). With his inspiration back, Rell may be a little too obsessed with the cat he dubs “Keanu,” but at least he’s doing something positive. In the meantime, teambuilding facilitator Clarence hasn’t noticed that he’s too much a people pleaser and needs to shake things up for himself.

On a night out with his cousin, that journey begins. When they return from a movie, they discover Rell’s apartment ransacked and Keanu gone. Through a convoluted explanation, their only option is to assume much more “street” personas to face down drug lord Cheddar (Method Man), who has claimed Keanu for his own. 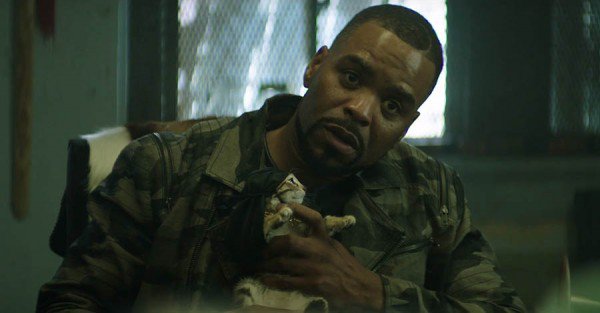 Keanu covers territory that Key and Peele mined in their sorely missed sketch show: identity, code switching, and Liam Neesons. Though it clocks in at just over 90 minutes, it also wanders into odd side streets from time to time. Yet it never feels like wasting time; instead, it’s establishing their onscreen relationship. Maybe a bit or two is held on too long, but that’s also a sign of confidence. The two can riff of each other seemingly without end. But luckily they do keep punctuating that with plot.

And an adorable kitten. 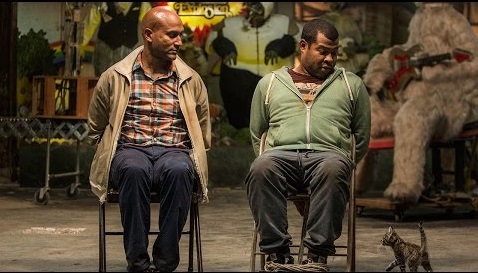 Director Peter Atencio, who also worked on their Comedy Central show, keeps a steady hand even as the film’s tone shifts. From hyperviolent crime drama to casual suburban bliss, and then even veering a bit into horror, all of it feels just right. The horror element definitely comes from Peele’s interests, and it seems possible that he’s setting up references for later films; it’s just too specific and yet tossed away to be an idea he doesn’t plan on exploring further elsewhere.

The script, co-written by Peele with Alex Rubens, isn’t afraid to follow through on consequences for characters’ actions. To say more would be to ruin jokes that are so carefully set up. Suffice to say that it’s fearless in making you laugh.

And then there’s an adorable kitten. We shouldn’t see more of Keanu because he will only distract us from more important things. But I can’t wait to see more of Key and Peele on the big screen, whether together or in individual roles. I just hope we keep seeing them for a long, long time. 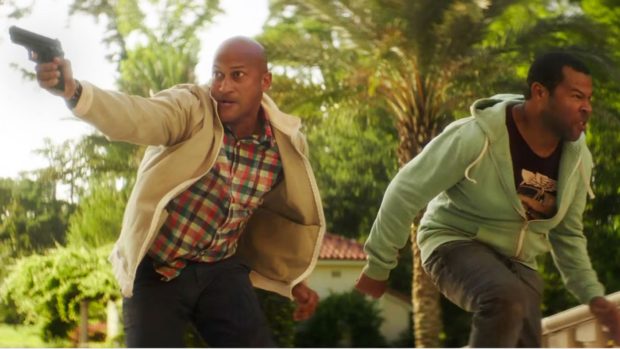