Working from a script that passed through many hands, Director Chris McKay has crafted a fun family-friendly version of Batman that still acknowledges the dark core of the character. This protector of Gotham City seems near psychotic, above and beyond competent, and lonely beyond all belief. He also suppresses almost all of his true emotional reactions in an effort to be cool, and it’s leading to a long dark brooding period. 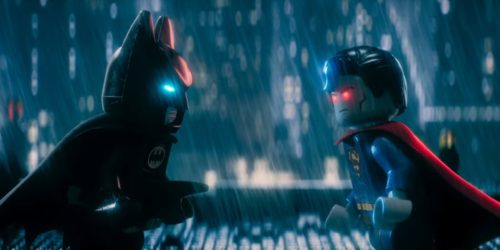 Alfred (Ralph Fiennes) has seen it all before. We get those periods in comics, too. At their heart, every cinematic incarnation of Batman (but one) has wrestled with the same core themes about his identity, and The LEGO Batman Movie manages to sum it up, make it family friendly, and still manage to wring poignance out of it.

There’s an extra level of genius to this movie: it seems to know everything that has ever happened to Batman. Every single movie that has featured Batman is referenced, and a surprising amount of comics. You’d think Grant Morrison was one of the credited writers. If you don’t get that, you should take advice The Joker (Zach Galifianakis) offers early on: you should Google it. 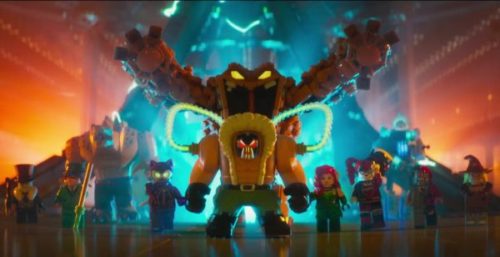 The LEGO Batman Movie bursts at the seams with meta-commentary (even though it’s for only two or three lines, Billy Dee Williams finally gets to be Two-Face). But it still keeps its eyes on a satisfying plot. Despite all its references, it plays fast and loose with continuity as you know it, providing alternate LEGO origin for Dick Grayson/Robin (Michael Cera) and Barbara Gordon/Batgirl (Rosario Dawson). It is all in a giant toybox after all, only loosely tied in to The LEGO Movie — which established that the only constant for this series is imagination. 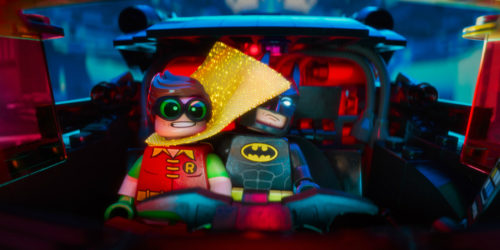 That throws open possibilities and surprises in the plot and cast that just shouldn’t be spoiled. Trust that the vocal performances are terrific and often inspired; don’t look at IMDB at who they are ahead of time, and just enjoy the fun of this movie, and the possibilities that it inspires.

I know; that’s vague. But there are jokes I don’t want to ruin and appearances that are just too much fun to spoil. Get a taste of it here, in this Gotham Cribs short released before the movie. And then just go see it.