He can brood. He can sparkle. But can he strike fear into the hearts of superstitious and cowardly criminals?

Variety reports today that actor Robert Pattinson, best-known for the Twilight Saga, is in negotiations to play Bruce Wayne/Batman in Warner Bros.’ latest reboot of the character. Currently written and directed by Matt Reeves, The Batman will allegedly be a bit smaller in scope than the films that starred Ben Affleck, instead focusing on the detective part of “the Darknight Detective” nickname.

Reeves is still putting finishing touches on the script, but it’s set to begin pre-production this summer, with filming starting sometime in late 2019 or early 2020. Of course Warner Bros. already has a release date: June 25, 2021.

At age 32, Pattinson would be the youngest actor to play Batman in movies. After the Justice League version take with an older, tired Batman in Affleck, it makes sense that Reeves’ version will go back to almost the beginning. Likely to draw a bit from , The Batman might posit Bruce Wayne somewhere between 25 and 30.Frank Miller and David Mazzuchelli’s Batman: Year One storyline 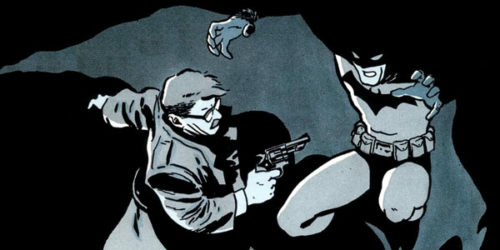 Since his Twilight days, Pattinson has been proving his chops in indie cinema, and could make a good Batman. Reeves’ take is also interesting, potentially carving out a new direction cinematically for the character, and for superhero movies. Providing a mystery for Batman to solve, and telling a more cerebral story, could also reduce budget and be even more interesting for Pattinson.

It’s all speculation at this point, with a smidge of high hopes. Please don’t start a petition.