Just in time for Comic-Con and their 11 a.m. panel in Hall H, 20th Century Fox has released the second trailer for Kingsman: The Golden Circle, the sequel to Kingsman: The Secret Service. The studio has also taken over the Hard Rock Hotel’s Bar 207 and turned it into the Kingsman tailor shop. 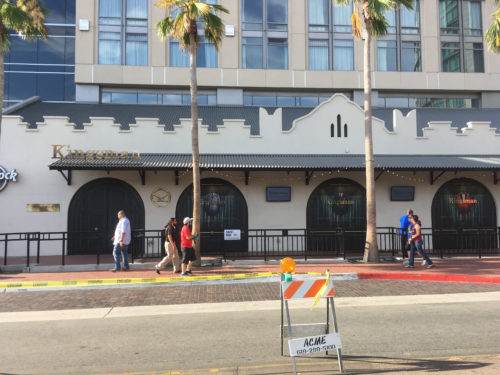 where they’ve got Happy Hour service featuring burgers from the ostensible villain “Poppy” (Julianne Moore) and whiskey cocktails, which I’ll assume are in honor of Agent Whiskey (Pedro Pascal). 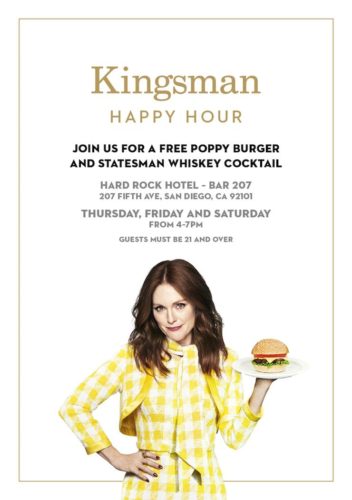 Speaking of Agent Whiskey, he’s got a lot of screen time in the trailers but Pascal isn’t listed at the end of it. Let’s give this guy some love, because between him and Jeff Bridges as Agent Champagne, how is Channing Tatum’s Agent Tequila supposed to make a charisma impact?

I warmed to the Kingsman franchise slowly, but between this and the earlier trailer, it’s clear that Matthew Vaughn has taken Mark Millar and Dave Gibbons’ graphic novels and done what James Bond should be doing — bright, clear, and fun action.

This is the Red Band trailer, so there’s a little more blood and one profanity. I think you’ll be okay with that.