Happy is a small blue winged horse. He’s also relentlessly positive, and for failed hitman Nick Sax, he’s also relentlessly annoying. But together they will save the life of a child on “the worst Christmas ever.” Created by Grant Morrison and Darick Robertson, the graphic novel had been picked up by Syfy for a series last year. Today at Comic-Con, Syfy presented Morrison, executive producer Brian Taylor (Crank), showrunner Patrick McManus, and star Christopher Meloni to talk about the adaptation.

Most importantly, they announced that Patton Oswalt would be the voice of Happy. And thus for me, Happy couldn’t be more perfect. For Nick Sax, he’s still probably pretty annoying on a terrible, terrible day. If McManus keeps the tone of the graphic novel, this will be both funny and suspenseful, and something that would do Morrison and Robertson proud. 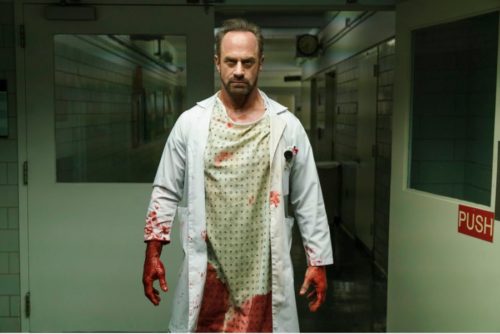