On Saturday at Comic-Con, Fox invited press to sit down with cast members and producers from their upcoming science fiction dramedy The Orville, which looked like a Star Trek parody, and does have long-time Star Trek producer Brannon Braga involved. Dramedy is their word, by the way — though the trailer makes it seem along the lines of Galaxy Quest, The Orville sounds like something surprisingly deeper, though not without creator Seth MacFarlane’s sense of humor. I got many interviews, but I wanted to lead off with MacFarlane and co-star Adrianne Palicki sitting down at our table. It was a short conversation, but like the show, deeper than you might expect. 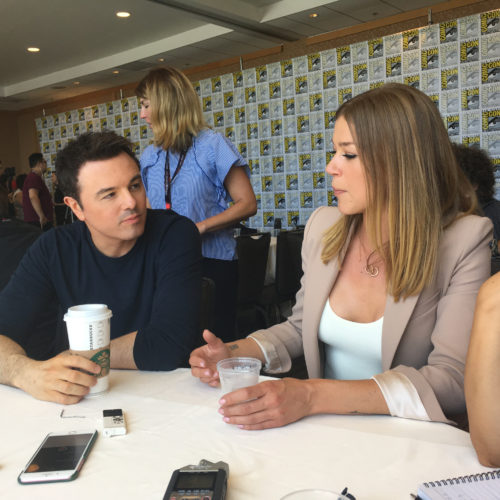 You get to work with (fictional) ex-husbands and boyfriends a lot on your shows, don’t you?

Adrianne Palicki: I know… it’s a thing! Two ex-husbands in a row, what the hell’s that about? I don’t know. It makes for good drama.

A question from Japan, because of Ted, can we expect a fuzzy something?

Seth MacFarlane: It’s all about the fuzzy somethings, huh? We’ll come up with something fuzzy, how about that? Something small and fuzzy, we’ll work on that. 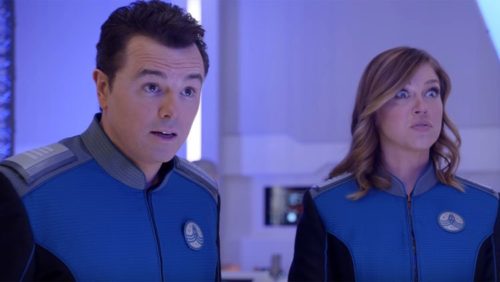 What is your fascination with Star Trek? What was that thing that draws you to it?

Seth MacFarlane: There’s two elements. Shows like Star Trek, like The Twilight Zone, most shows of that type up until recently were… they sought to do a lot of heavy lifting in their storytelling. They sought to tell allegorical stories. They sought to be relevant in the way that sci fi is able to; it’s able to comment on things without directly going at them because it all seems so make-believe.

And at the same time… look, it’s the aspirational, optimistic side of sci fi that I was always drawn to, and that… I don’t think that’s really existed for the past 20 years. There’s been a wide open space that has yet to be filled. We’re in the age of The Hunger Games, where it’s very dark and dystopian. And I think it’s time for another one of these shows that’s kind of the opposite end of the spectrum, where it’s, okay, here’s a blueprint for what we can do if we get things right. 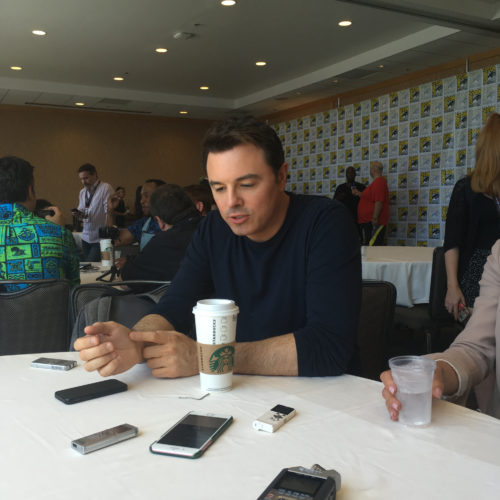 You’ve created a huge range of eclectic characters for your shows. With these characters, which one did you land on the quickest and which one took the longest to develop until you were really happy with it?

Seth MacFarlane: I’ve got to say that every, and it has a lot to do with this cast, every character on this show very quickly suggested storylines that are just about that character. And for eight characters on a show, and to have each one of them be someone who can carry their own hour when called upon, is a gift.

You kind of hope you know when you have a cast that has captured lightning in a bottle, and I think… I mean, this is how it feels to me. This is the most extraordinary group of people I’ve ever worked with. (laughs) To take nothing away from everyone else I’ve ever worked with. It’s really an amazing bunch, and what they’re doing feels very new. 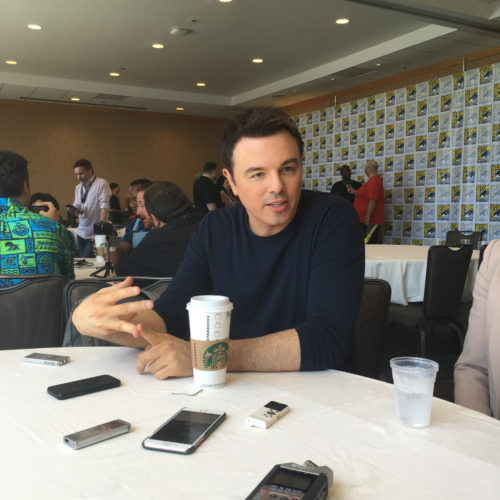 At the table read for the pilot, what are your memories and recollections of all of you together?

Adrianne Palicki: Yeah. It probably was true. No, we’d all kind of spent time together before the first table read, and at that point it kind of felt old hat. We were (already) friends, you know? A lot of us had already known each other for a while. I’d known you (Seth) for a while, and J for a while, and you’d known Scott forever. It just immediately felt like a family. Really easy, so going into the pilot it kind of felt like we were going into our second season in a weird way.

That never, ever, ever happens, or it hasn’t in my experience. It was really special. 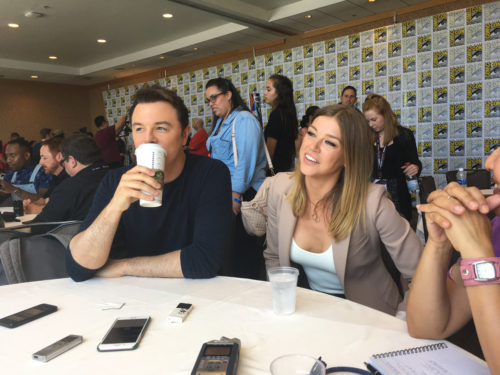 You use music in a lot of your projects. Are you ever considering going to Broadway?

Adrianne Palicki: We ask him this question all the time.

But yeah, music is a big part of everything I do, and I mean, look, with The Orville we’ve got a 75-piece orchestra for every episode thus far and it’s going to make it feel like a movie. We have great composers who are really bringing something to the table and not just wallpapering. The music is always key for me. It’s like another member of the family. 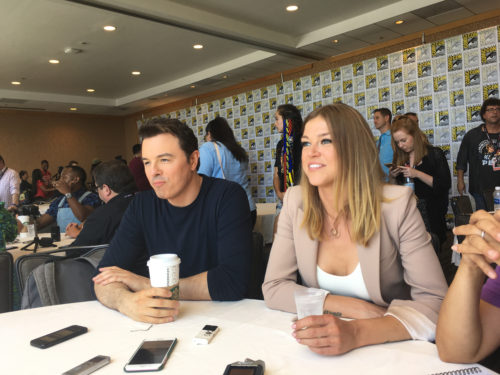 Are you thinking of a musical episode for The Orville?

Seth MacFarlane: For this show, probably not, but you never know… if we get desperate in Season 10. 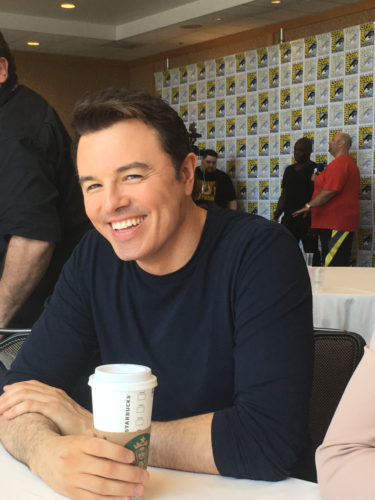 And on that note, time was up. Thank you to Fox for arranging the interviews, and to Seth and Adrianne for being so gracious.