Some have noted that “Homecoming” for high schools might seem a little out of date. For Marvel Studios, the pun is thuddingly on the nose: it’s both a school event and Spider-Man’s coming home to the stable — and stability — of the Marvel Cinematic Universe. Yet it also guided the script to one of the film genres that the studio hadn’t used as a spine for their movies: the John Hughes teen comedy. Mixing Peter Parker and Tony Stark’s weird science with, well, Weird Science creates the first Spider-Man movie (out of six) that really feels alive — as funny, thrilling, and suspenseful as the comics. That’s a good thing.

It’s also squarely in the Marvel Cinematic Universe from the get-go. Before the opening titles, we’re in the aftermath of “the Battle of New York (aka Marvel’s Avengers), where Adrian Toomes supervises his salvage crew in cleaning up after the Chitauri. A government team led by Tyne Daly shuts him down, and Toomes gets the idea to keep on salvaging alien tech and turning it into weaponry to sell on the black market. But that was eight years ago — and to get us up-to-date, director Jon Watts (Cop Car, Clown) retells the Spider-Man scenes from Captain America: Civil War through a video diary that Peter Parker (Tom Holland) kept. 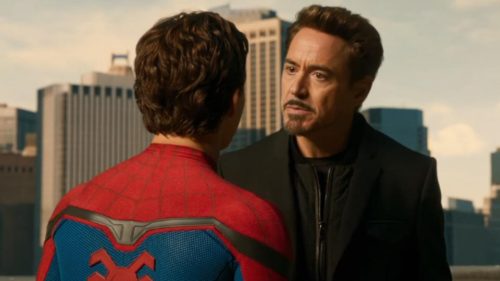 It’s goofy fun, as was the actual fight from that movie, and it also establishes Happy Hogan (Jon Favreau) as Peter’s point of contact with Tony Stark (Robert Downey, Jr.). Happy isn’t happy having to manage Peter’s “internship,” and would rather the kid just stay out of his hair. But how are you going to keep the kid down at Midtown High after he’s been an Avenger?

In the suit, Peter is the hero of Queens, but by day, he’s still an awkward kid. Bullied by Flash (Tony Revolori), smitten with the seemingly unattainable Liz (Laura Harrier), and hanging with the possibly more awkward Ned (Jacob Batalon), Peter might as well be Ducky from Pretty In Pink. Except, of course, he’s hyper-intelligent and able to stash all his spider-supplies under a bank of lockers that he can lift like a feather.

Every one of Sony’s attempts at Spider-Man has tried to update the character, but the previous films have also rushed through and ignored what made him popular in the first place: he was a kid taking on the mantle of adulthood way before he should. Even now as an adult in the comics, Peter has a childlike sense about him. This take captures it; though Holland is 21 in reality, he nails being 14 and suddenly having this great power… and this great responsibility. 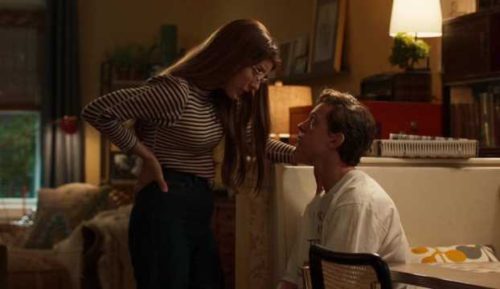 Stark insists that Peter keep it simple, and stay out of the way of the super-villains. But one night on patrol, he encounters a team using Toomes’ weapons, and then later that week stumbles across a sale that ends in disaster. That also leads him to Aaron Davis (Donald Glover), playing a small role here but maybe setting up something bigger for the future. He references his nephew, who in the comics is Miles Morales, Ultimate Spider-Man.

And despite this movie featuring Peter Parker, it’s the work of Brian Michael Bendis and Mark Bagley on Ultimate Spider-Man that this movie owes a debt. This Spider-Man strikes poses as Bagley drew him, and the modernizing comes straight from those comics, though even Bendis’ version of Aunt May (Marisa Tomei) wasn’t quite as “surprisingly attractive,” as Tony Stark once put it. The supporting cast of Midtown High — down to the faculty members — is multicultural and real in a way that Stan Lee and Steve Ditko’s version wasn’t, though of course they set the general tone, and Watts stages a few moments that pay homage to classic moments from Ditko’s run. 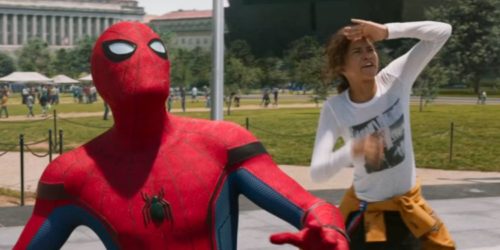 To say more about the plot than that of course Toomes is the Vulture would be to ruin the surprises and fun of this movie. Another thing setting it apart from previous attempts at adapting Spider-Man is that it doesn’t try to use his powers as a metaphor for anything about adolescence; Peter is Peter, and his character affects the story, but that’s it. If anything, it boils down to Lee’s original theme, and Spider-Man: Homecoming is about Peter really coming to grips with that.

Without, it should be noted, delving into the origin, and that’s refreshing, too. We all know it by now. Peter explains how he wants to be cautious of May’s feelings after “…what happened,” and through Tomei’s performance, her grief is only subtext. There’s a later reference to the spider biting him, but that’s it. Homecoming remains blissfully free to tell a new story that feels like Lee, Peter David, and Bendis in a blender.

And it’s driven by performances that give Spider-Man a fresh cinematic take. Of course Holland nails it (also willing to do a lot more behind a mask than his predecessors were), as do his high school friends including the enigmatic Michelle (Zendaya — very consciously but not obtrusively deglamourizing from her Disney Channel days). Unsurprisingly, Keaton gives the movie a dangerous energy, channeling his menace from movies like Pacific Heights, but still convincingly sympathetic when required. 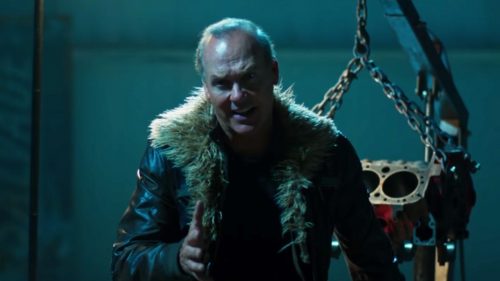 And as a side note, there’s something strangely satisfying about seeing Martin Starr play the faculty advisor for the Academic Decathlon. Bill Haverchuck would be so thrilled to know he grew up to know Spider-Man.

Like all the Marvel movies, there are still a couple of moments that just have to be blinked past. In the desire to be like a John Hughes film, the teens of Midtown High listen to a surprising amount of 80’s pop, even at their school dances. And maybe Happy could have been less overt in ignoring Peter — though it gives Favreau a lot more screen time than he had in the last two Iron Man movies. But it’s fun and free swinging, just like Spidey should be, and this is the first Spider-Man movie that I can hardly wait to watch again. 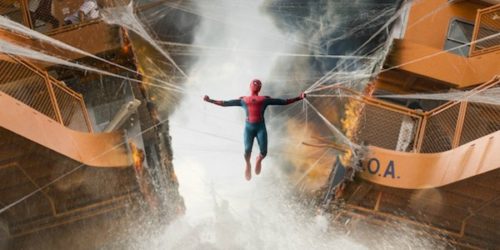