The all-new final season of the animated “Star Wars: The Clone Wars” starts streaming February 21st on Disney+ and today the official “Star Wars” account has released a trailer and poster. 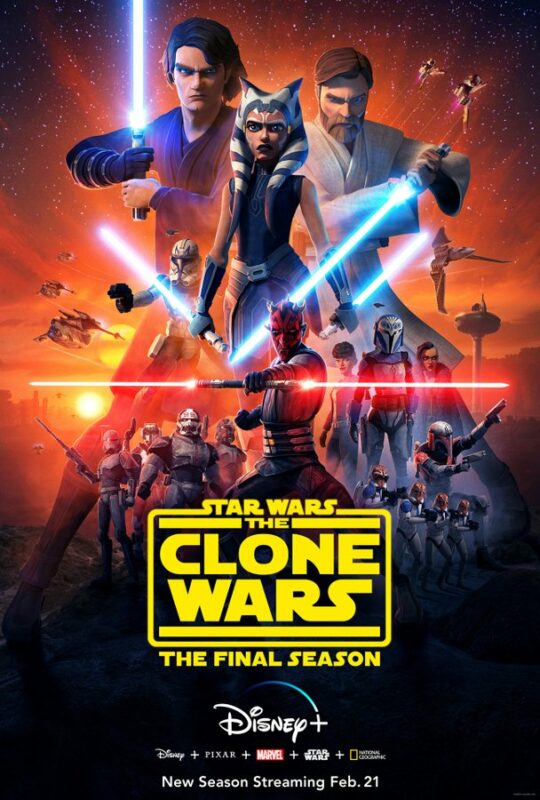