Full disclosure: you BET we’re promoting a site we have an affiliation with. Every now and then there’s a product just too cool.

In this case, it’s an addition to a product that ThinkGeek launched last year. Just in time for Star Wars Celebration, the geek product site has launched Wave 2 of their Star Wars tiki mug series. Having bought the first wave, I can vouch that they’re solidly made and a fun conversation piece. Throw in a tropical drink recipe book and you’ve got the beginnings of a fantastic Star Wars tiki party — perfect for Star Wars Celebration, or perhaps an upcoming local convention with your friends. The base set includes a Jawa, C-3PO, Wampa, Tusken Raider, Taun-Taun, and Wicket the Ewok. That’s for $79.99, but for an additional $24.99, you can add Jabba the Hutt and Salacious Crumb – BUT ONLY FOR THIS WEEKEND. I’ll assume that Salacious Crumb is for tiki shots, not full mixed drinks. 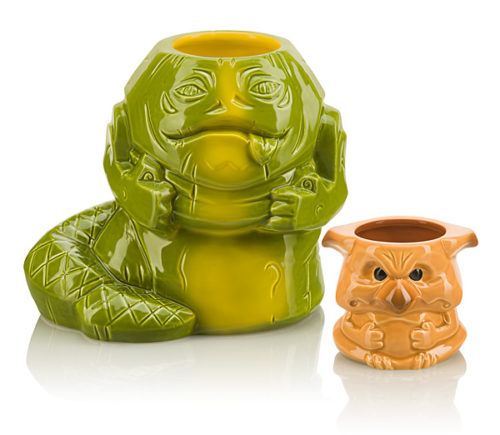 The potential problem? They do need to be hand-washed, but let’s face it — these aren’t everyday mugs anyway. These are venerated in a shrine under a bower of palm fronds and lightsabers. I’m not pleased by the added $24.99 to get two more mugs, but the original Wave 1 set (Darth Vader, Stormtrooper, R2-D2, Boba Fett, Chewbacca, Yoda) was only six as well. 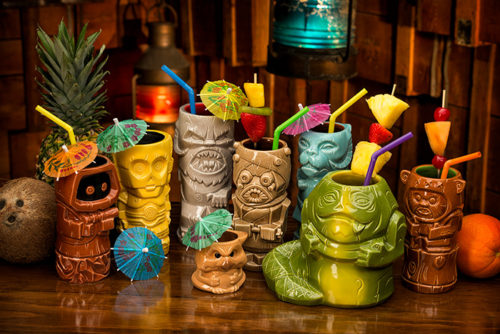