In a sense, grief can sit in the space between the wonderings of general fiction and science fiction. We wish things were different and we wish we had the power to make it different even if it is impossible.

If you had the power, what would you make different? You’re grieving your child’s diagnosis because it has robbed you of the life you imagined you’d have with your child. The one where you live “happily ever after”. If it were in your power, you’d cure the disease — and many rare parents pursue exactly this. They live in hope of gaining the power to treat their child or create conditions for someone else to gain that power.

In grieving the loss of a child, we go through stages of wishing for things to be different. Could I go back and better spend the time I had with my son? Could I somehow have him back for a few moments? Could I at least steel my memories of him against the inevitable fading to come? This is the stuff of science fiction, not just bargaining.

At least two sci-fi TV shows are tackling the topic of super-powered grief.(Spoilers ahead for WandaVision and fewer spoilers for Debris) 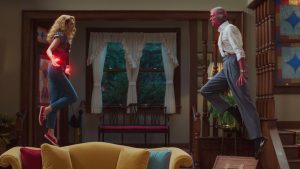 NBC’s new series Debris has rubble from an alien spacecraft exerting a powerful effect on grieving people on Earth. It empowers them to conjure compelling visions and even physical manifestations of the loved one they have lost. We’ve only had one episode air so far, so we’ll have to wait and see if grief is the overarching theme of this show. The wreckage of the alien ship is noticeably built of hexagons. Hexagons and hexes shape the world of WandaVision too, the second show in which grief is a critical part of the storyline.

Fans of Marvel’s Avengers saw half the world’s population vanish during the film Avengers: Infinity War. That’s a whole lot of occasions for grief, some of which were explored in the next movie. But now we have WandaVision, a TV series on Disney+ that is essentially taking a deep dive into the grief of Wanda Maximoff. So far, in the Avengers films, Wanda has lost her parents, her brother and her lover, the Vision. She also happens to have magic “hex” powers that let her change reality.

As Vision watches the woman he loves go through this pain, he remarks “What is grief but love persevering.” Ouch –  a gut wrenching moment of TV for me. (watch clip) **

If you haven’t guessed already, I’m a huge Marvel fan boy. The story of Wanda, Vision and Simon Williams and their love triangle is one of my favorites in all of comic book lore. (Simon has been absent from the Marvel films to date. You’ll need to turn to the printed comics for his part of the story.) Each of the three of them is so incredibly powerful but so broken by loss too.

Now each Friday night, my family of three turns on WandaVision. In the early episodes, we thought it would be pulp escapism to distract us from thoughts of the loss of my son several months ago. It turns out the character Wanda is doing just that too. She seeks comfort in the world of TV sitcoms from her youth. Who could blame her? Stuck in our homes during this pandemic, how many of us have found comfort in re-watching an old sitcom favorite? Homages to Dick van Dyke and Bewitched kick things off. And the series moves through the decades of sitcoms with nods to The Munsters, The Brady Bunch, Family Ties, Malcolm in the Middle, and so many others until the show reaches Modern Family‘s trope of talking directly to the camera.

But Wanda has the power to not just watch these shows but to make them real enough to live in. Eventually Wanda’s magic tricks of self-deception begin to crumble under the weight of the loss of her loved ones. Denial, even in service of self care, just delays or amplifies problems.

The character Monica Rambeau on the series is also grieving. It’s why she is able to relate to and connect with Wanda. A counterpoint to how Wanda handles grief, Monica honestly admits,  “If I had your powers, I’d bring my mom back.”

Even the need to view WandaVision in weekly episodes rather than binge watch can be seen as serving the core theme of grieving. What serves grief better than time? We don’t get to rush through it and move on to what comes next. We have to take it as it comes, processing it as we can.

My friend Effie Parks says that when we get a rare disease diagnosis for our child, we begin to grieve the loss of the fictional child we thought we had. On the show, we see Wanda transmogrify her grief with her chaos magic to manifest those fictional children she thought she’d someday have. But by the series finale, she realizes she needs to let go of that fiction however painful it might be to do so. Those children were never real but her sorrow in saying goodbye to them is. She tells Vision,

“You are my sadness and my hope but mostly you’re my love.” 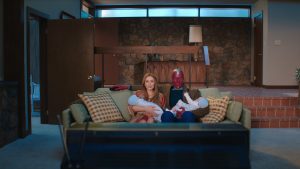 This piece was first published by Courageous Parents Network. 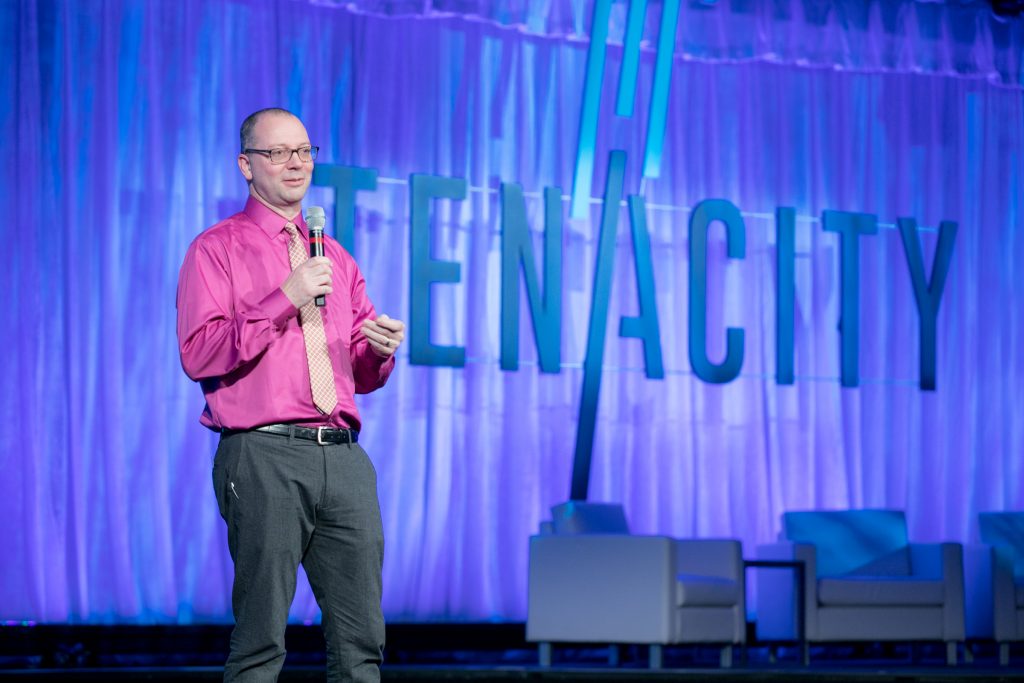 At the age of 12 months Daniel’s first child Lucas was diagnosed with the rare disease Menkes Syndrome. After adjusting his expectations of what raising a child might look like, Daniel began to tell Lucas’ story with a short documentary: “Menkes Disease: Finding Help & Hope” narrated by Oscar nominee Mary McDonnell. That film led to Daniel co-founding with Bo Bigelow DISORDER: The Rare Disease Film Festival and later The Disorder Channel, both dedicated to spreading awareness for patient families facing any of the more than 7,000 rare diseases.