There’s a moment early on in the DC Universe adaptation of Superman: Red Son when black and white footage of Superman swoops down out of the sky. It looks just like a Fleischer Brothers shot… until you realize there’s something off about the costume. Instead of a stylized S, there’s a hammer and sickle. And if the thick Russian accents of the children in the opening scenes hadn’t tipped you off, you know you’re deep in an Elseworlds, one of the most famous in DC Comics history.

It’s easy to reduce it to “what if Superman grew up as a Soviet instead?” but in both the original comic and J.M. DeMatteis’ script, the answer is complicated. Once Superman (Jason Isaacs) realizes the horror of how Stalin (William Salyers) really rules, he strikes for justice. DeMatteis makes things a little simpler than original writer Mark Millar did, for a need to more quickly underscore that Superman is always still Superman. 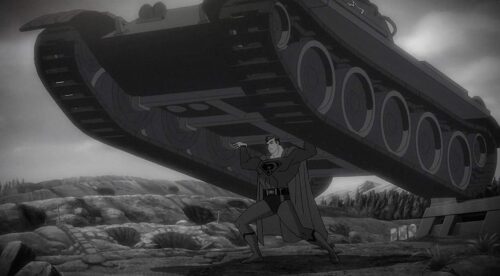 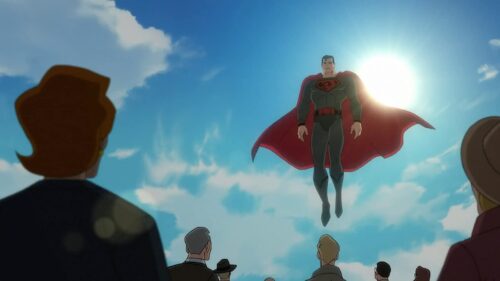 It remains an interesting take on the Superman mythos, even if ends a little more cleanly and with a Luthor almost as noble as he is arrogant. In both the comics and the movie, it’s still hard to fathom why Lois Lane (Amy Acker) would stay married to him. But both Bader and Acker play their roles with verve. And kudos to voice director Wes Gleason for casting Paul Williams as Brainiac; it’s strangely perfect.) 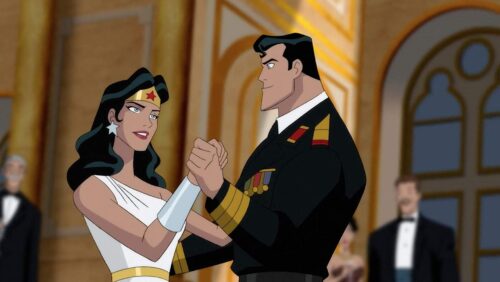 The production also has a good mini-documentary that fills in some historical background — both in the symbology of Superman and really what was going on in the Cold War. In addition to Johnson talking about his artistic influences, producers Mike Carlin and James Tucker, among others, talk about growing up with the boogeyman of the Soviet Union looming over American life.

It’s also nice to see the “Showcase” series of shorts revived. The Phantom Stranger gets an adaptation, and even though the art style matches the current animated fashion, the production makes a few nods to Jim Aparo, the artist most associated with the Stranger. Peter Serafinowicz plays the mysterious hero, while Michael Rosenbaum voices Seth, a mixture of a few of the Stranger’s antagonists. The casting works; it might be fun to see a short series on DC Universe, or perhaps the character will show up on HBO Max’s Strange Adventures. Or is that too on the nose? 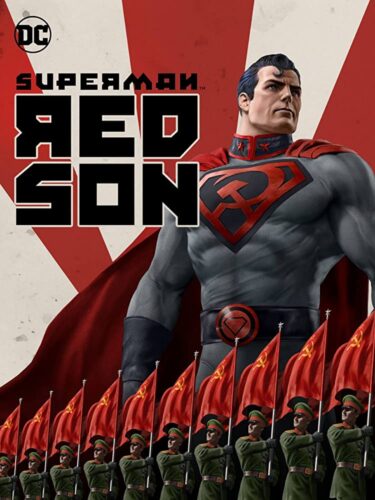 At any rate, this package makes a good diversion, though you might want to take some time and dive into the source material, too.