Imagine a world in which Tarzan and Caesar are raised together, but separated by slave traders. Their reunion occurs in the midst of a war between man and ape. It may start in Africa, but there’s no doubt that it will go beneath the Planet of the Apes… into Pellucidar.

Co-published by BOOM! Studios (licensor of Planet of the Apes) and Dark Horse Entertainment (keeper of the flame for Tarzan), this book sounds just so crazy it might work. Tim Seeley and David Walker have written it (confirmed by Walker on Twitter earlier tonight), with art by Fernando Dagnino. Duncan Fegredo provides the covers. Tarzan on the Planet of the Apes is due to hit stores in September, by which time Dark Horse’s Legend of Tarzan will have hopefully revived Apemania. 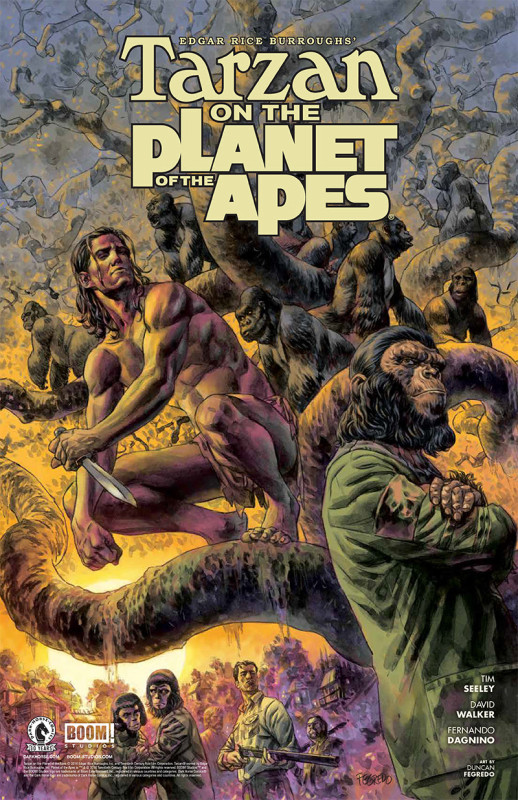