You know that if it’s got Jonah Hex snickering, it must be funny. Teen Titans GO! To the Movies may be the superhero parody movie we deserve. In their quest to be worthy of a feature film, they need an arch-enemy — and so it must be Slade, who they think looks suspiciously like another more popular movie franchise character. Co-directed by series co-creator Aaron Horvath, this movie has everything, including Nicolas Cage finally getting to play Superman! 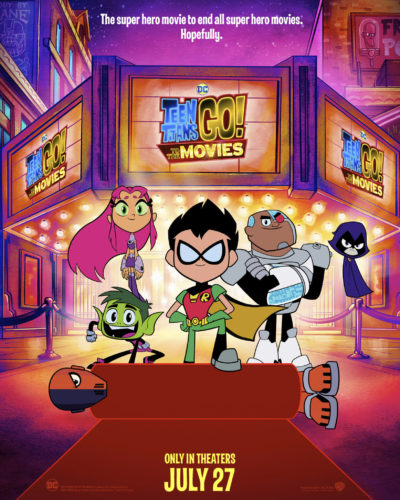