On Free Comic Book Day, we’re going to get little teases for this — the actual “zero” issue ships later in May, with Civil War II #1 shipping in June. At least those two are confirmed. Actually, the team of Bendis and Coipel kept House of M pretty much on schedule, so this event may keep fans excited ON TIME. We already know it’s going to give DC a run for their money.

Looking at who the major players are, I’m more convinced than ever (and I could be very, very wrong) that we’ll get the tiniest sneak peak at Captain Marvel at the end of the movie Captain America: Civil War, so that fans walk out of that movie theater and into a comics shop wanting to know who she is. As I said, I could be very, very wrong — but wouldn’t it be amazing if Kevin Feige cast Carol Danvers without ANYBODY knowing about it?

The opening salvos of the war that will fracture the Marvel Universe will be fired here! Today Marvel is pleased to present your first look inside CIVIL WAR II #0 – coming to comic shops and digital devices this May! From the blockbuster creative team that brought you House of M and Siege – Brian Michael Bendis and Olivier Coipel bring you the blistering first chapter of the comic event of the year. His name is Ulysses – a new Inhuman with the ability to profile the future. His emergence sends shockwaves through the Marvel Universe. Will they use his power to alter the future and control their destinies? Or will they reject it – and allow tomorrow to unfold without interference. Be there as the table is set for the comic book fans will be talking about for years to come in CIVIL WAR II #0 – coming this May!

For more information on CIVIL WAR II, visit Marvel.com, and join in on the conversation on Twitter using the hashtag #CivilWar2! 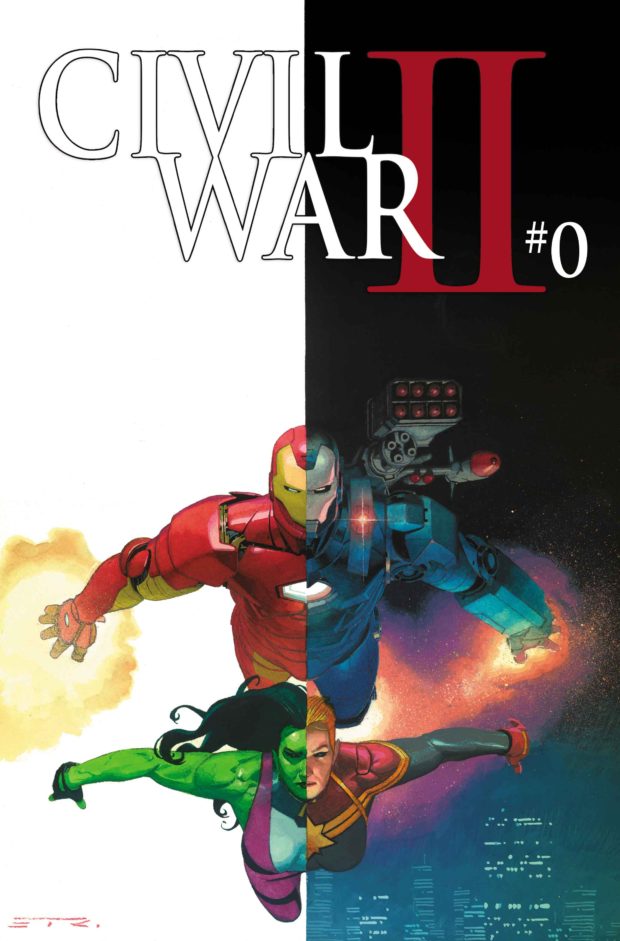