In comics, death feels both sudden and meaningless. It’s a stunt, fans claim. And of course, that character is only going to come back from the dead. But that’s not necessarily so, and what Jason Aaron and Russel Dauterman have been doing in The Mighty Thor might be one of those rare exceptions, and as great as the character has been with Jane Foster in the role, let’s hope so. Because there’s something terribly moving and, for storytelling, lasting about a hero struggling onward with illness, as Jane has. Every now and then, even superheroes can and should deal with reality.

Marvel did this once before extremely effectively in the company’s first official graphic novel, Jim Starlin’s The Death of Captain Marvel. You may notice that though the Marvel Universe has found a couple of time loopholes, Mar-Vell’s death in that book was truly the end for him. And as a result, we still talk about the power of that story — which, at the time, was one I used to share with friends to explain to them why I loved comics so much.

If anything, this incarnation of Thor has been an even better character — both as a redefinition of the strength of Jane Foster and by extension humanity, and to contrast and refine the character of the Odinson. This run on The Mighty Thor doesn’t reflect the character played by Chris Hemsworth; instead, it reflects the power that comics can still have that epic movies just don’t have time to develop. Thor will go on, but Jane Foster will pass away heroically and, most importantly, humanly. 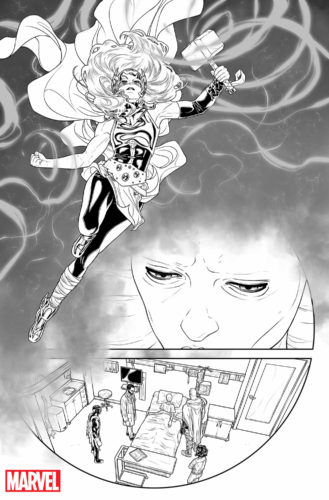 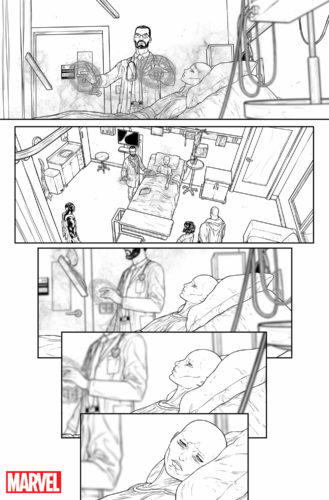 In the massive glut of books on the market, it could be easy to have let this one slip by — but I think it’s quite possible we have something historic in the making. Don’t let it get lost in the midst of a massive line-wide event.

THE DEATH OF THE MIGHTY THOR nears its end as the creative team of Jason Aaron and Russell Dauterman bring you an epic showdown that has been years in the making.

Since kicking things off with MIGHTY THOR #700, the Mangog has managed to wreak havoc on Thor’s world, and he’s shown no signs of stopping – even in a saga that has so far managed to include almost every Thor villain. On the heels of the action, MIGHTY THOR #705 will continue to up the ante, leaving the fate of Asgard in jeopardy…along with the fate of Jane Foster, who will make the ultimate heroic sacrifice in a conclusion that will rock the Marvel Universe, and the minds of readers everywhere!

“This is it, folks! The big showdown between Thor and Mangog. The penultimate chapter of ‘The Death of the Mighty Thor,’” teases series editor Wil Moss. “Jason Aaron and Russell Dauterman have been building to this issue for over three years, and you absolutely do not want to miss this. You may think you know where things are going, but I promise you do not.”

It’s the issue you won’t want to miss, and the beginning of a mind-shattering conclusion that will change the Thor story in explosive ways! 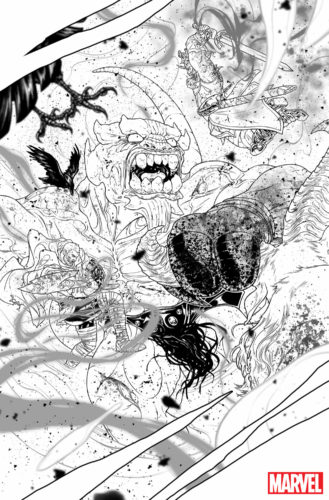 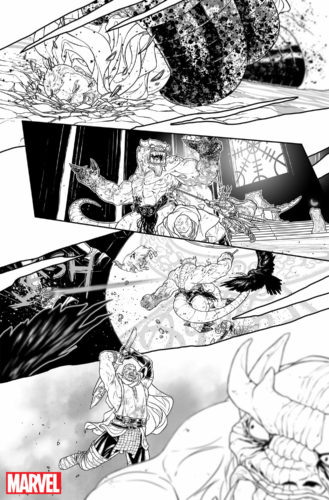 Find out if you’re worthy enough to handle the pages of MIGHTY THOR #705, in comic shops this March! 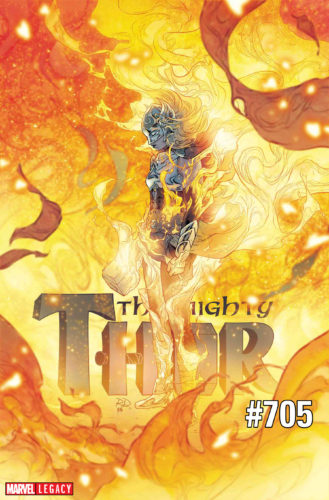