Clearly, a dark past is the harshest taskmaster. With this final trailer for Black Widow, we also get our clearest looks at Taskmaster, who has taken control of the Red Room, the training ground for Black Widows established in Age of Ultron. Set an as of yet undisclosed number of years in the past of the Marvel Cinematic Universe, the movie seems to be somewhere after Avengers Assemble, but not necessarily after Age of Ultron. That’s for the pedants to argue. What it does seem to be is firmly drawing from comics lore, and if Florence Pugh’s character survives, setting the stage for a Black Widow who is not Natasha (Scarlett Johansson). No offense to Natasha, but I’m ready for Yelena to cast a long shadow in the MCU. 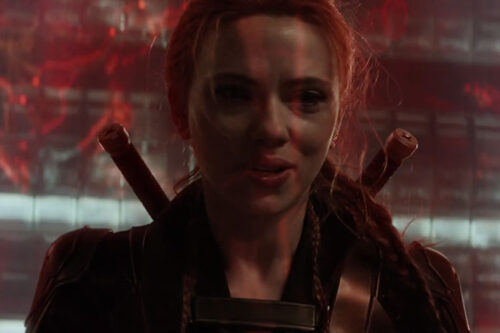 Though another major superspy movie has delayed its release, Disney has so far stuck to May 1 for Black Widow. The film also stars David Harbour, Rachel Weisz, Ray Winstone, William Hurt (digitally youthened as Thunderbolt Ross), and O-T Fagbenle. Cate Shortland directs from a script by Jac Schaeffer.

Fanboy Planet is an Amazon affiliate. Any purchase made through this site may generate revenue.