With a title like 4 Kids Walk Into a Bank, you think you know exactly what you’re going to get. And you’d be right, but also wrong. It IS a story about 4 kids planning to rob a bank, but there’s so much going on to get to that point, this is one of the most refreshing out there books I’ve read so far in 2020. Though, yes, it came out in 2017.

Created by Tyler Boss and Matthew Rosenberg, the book presents the titular 4 kids as fairly typical 7th graders. They’re awkward, even within the bonds of their own friendship. Walter is bookish, quiet, and just discovering their fluidity. Walter gets tormented a lot (often unwittingly) by Berger, a self-centered slob who has a long way to go for a heart of gold. Unless it’s gold-wrapped chocolate, then he’ll sneak eat it. Keeping peace between them stands Pat, aka “Stretch,” a decent kid self-conscious about his height.

They’re vaguely led by Paige, a tomboy still smarting from the loss of her mother. Each chapter also proves what binds their friendship — at first a love of games, and then the need to save Paige’s dad from getting drawn back into a life of crime none of them knew he’d lived. It’s complicated by his brother-in-law being a police detective trying to keep Paige out of trouble. 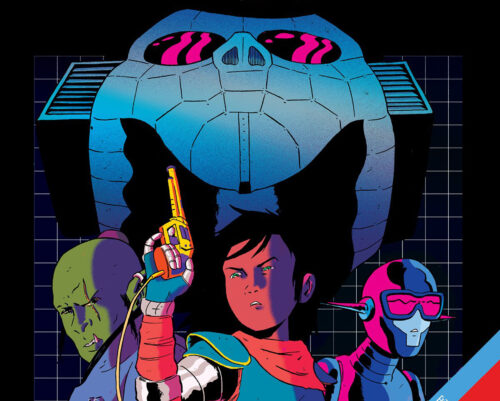 It may sound a little by the numbers, but it’s not. Boss and Rosenberg set up each chapter with the kids’ game personas, in whatever game they’re playing. The device has the effect of keeping the reader unsure of how much might just be in their imagination. And yet, they’re clever (except for Berger), sometimes outwitting the real criminals, but not as well as they should.

4 Kids Walk Into a Bank plays out like a 60s Disney adventure created by Quentin Tarantino, delivering what it promises and more. Rosenberg’s dialogue sounds just about right for modern 12 year olds, and Boss’ layouts are reminiscent of early Matt Wagner, while still being itself. Though published initially in individual issues, the chapters hang together to form a solid graphic novel. It’s a shame to see the story end, but there’s no need for it to continue, either. It’s just good comics.

At the recommendation of Mark Masterson, one of the owners of Illusive Comics and Games, I ordered this book directly from publisher Black Mask Studios right at the start of the shelter in place order. Though some stores may be reopening this week, it’s still an opportune time to catch up on older material, and Black Mask is one of the publishers currently offering to split the money from direct orders with the comic book shop of your choice. 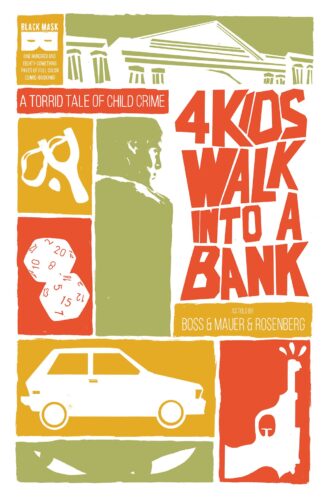