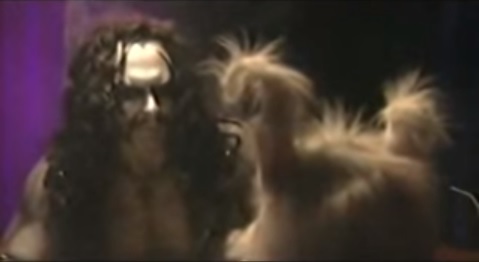 Sometimes you have to make your own opportunities. When actor Andrew Bryniarski (The Texas Chainsaw Massacre, Batman Returns) wanted to play Lobo, it didn’t seem high on Warner Bros.’ priority list — after all, there didn’t seem to be a Batman in there. In 2002, teaming with director Scott Leberecht, Bryniarski produced this short film based on DC’s Lobo Paramilitary Christmas Special by Keith Giffen.

Call it a vision of what could have been — effects and audiences have evolved to the point that Warner Bros. could remake this. But there’s something to be said for the passion of this one. Say what else you will — Leberecht and Bryniarski knew their stuff.