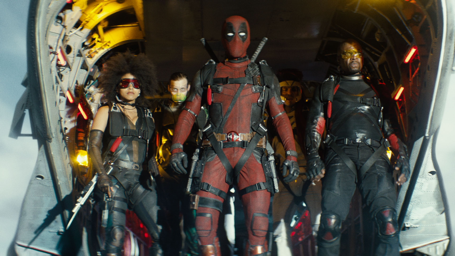 Looks like Fox gave in and officially called it Deadpool 2 instead of Untitled Deadpool Sequel. On the other hand, most moviegoers would probably call it that anyway. Let’s focus on the good — confirmation of X-Force, Terry Crews, Morena Baccarin returning and continuing to being one of the most beautiful women alive, Terry Crews, Cable’s quest, and Terry Crews.

This will be a nice quiet respite after watching Josh Brolin tear up the Avengers.