Without someone to take care and remember, everything disappears. That goes for people as well as works of art. There has to be a plan because you can only wing it for so long. In The Sixth Reel, co-writer/co-director/co-star Charles Busch tackles that point under layers of acetate, silver nitrate, and chiffon. Collaborating with Carl Andress on what looks like a madcap caper about film preservation, Busch plays out a story that’s zany and wonderfully strange, but with an undercurrent of melancholy. The best of Busch’s work mixes thoughtful provocation with edgy camp, and if this film doesn’t quite capture the energy of seeing one of his plays live, it’s still welcome.

Busch stars as Jimmy, a movie memorabilia dealer who’s seen better days, but remains enamored of classic cinema. Some say he befriends elderly relics from old Hollywood to profit off their collections, but though Jimmy is often snippy, he seems to be caring for those seniors the way he would care for a dress worn by Greer Garson. There’s affection and reverence, but Jimmy’s got a buzz of self-regard that gets in the way. Even his friendship with the younger Rodney (Doug Plaut) thrives on being reflexively but gently caustic, with Rodney forcefully oblivious. 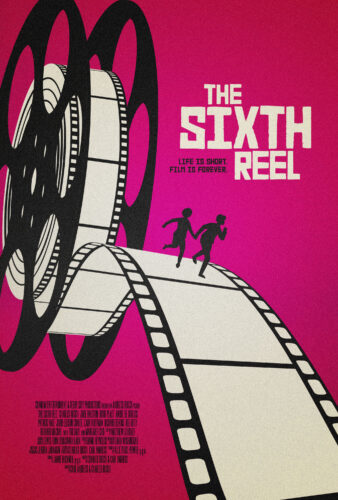 When an old film historian passes, Jimmy unwillingly forms an awkward friendship with the historian’s niece Helen (Julie Halston – a long-time Busch foil). She wears a brave face while struggling with widowhood, and the passing of her uncle, the kind they used to call a “confirmed bachelor,” provides an excuse to visit New York City for a while to take care of his estate. Most of it’s junk, but they hold a rummage sale that attracts a few strange characters dropping hints about Lon Chaney while Margaret Cho’s rival memorabilia dealer devours the shrimp platter. Afterward, Helen and Jimmy stumble onto a real treasure — the sixth reel of a lost classic, Chaney’s London After Midnight, a murder mystery in which Chaney plays a detective posing as a vampire. It made sense in 1927. 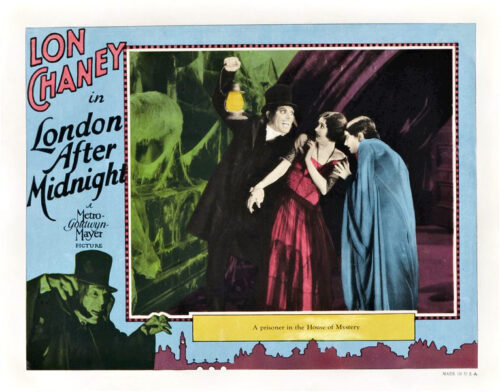 Let’s use the term classic a little loosely, for as Jimmy admits, nobody alive actually knows if it was any good. It’s historically important, we still have plenty of stills from it, but the last known copy was destroyed in a fire in 1965. Even finding 10 minutes of the film could be a boon to film history, or, if you want to be more mercenary, a golden parachute once sold to the right collector. And as Jimmy and Helen sneak it out of the apartment building, they can feel the vultures circling, including a couple dressed as vampires.

What follows sometimes falls into farce, but never loses the thread. Because they filmed during the pandemic, the cast is small and the streets are mostly empty, but Busch and Andress still fill the screen with colorful characters. Some, like Andre DeShields as Gavin Plimsoll, are just wonderfully themselves. Tim Daly puts on an affected British accent as Michael, an urbane film professor, who’s not above — or bel0w — seduction to get what he wants. Within the film itself, it’s clear that almost everybody “plays” a character as their public face; even Rodney has a secret. 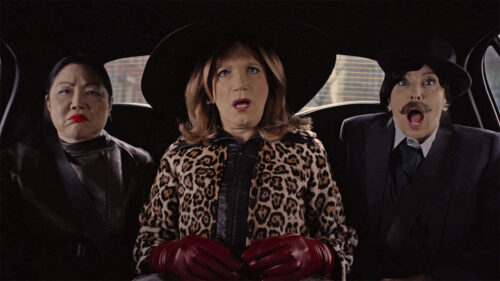 Occasionally the dialogue feels stagey, partly because that’s where Busch has shined brightest, but also because film history is just arcane enough that the average moviegoer does need the exposition. Nowhere in the film do you see an image from London After Midnight, but it was real, it was lost, and if you saw the photo of Chaney, you’d know you’d seen it before without knowing what it was. In 2021, fewer and fewer people know. 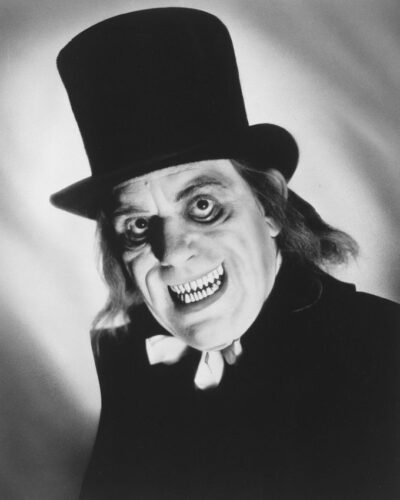 At its heart, The Sixth Reel is about loneliness, and trying to find a community, however cantankerous, before it’s too late. You can only hold onto illusion so long. If the film takes an improbable, classic Hollywood turn in its own sixth reel (yes, films don’t work that way anymore — roll with it), that’s classic Busch, too. Melodrama has to be balanced with a healthy dose of silliness, and when done right, you get an upbeat ending. And The Sixth Reel is done right.