Deep down, we all love a good boondoggle, as long as it’s done well. (Sometimes, it doesn’t even have to be done that well.) Steve Busti knows it, and loves it, too. With his wife Veronica, Busti took that love and turned his gift shop into a museum that offers thrills and chills and maybe a boondoggle in the form of the “Minnesota Ice Man,” but… maybe it’s all true. Or at least maybe the recreations of cryptids and strange phenomena are based in truth. Or maybe it’s just fun.

Stepping into Austin’s Museum of the Weird may be a bit of a throwback with a 21st century shock. Busti’s tribute to dime museums of the 19th century actually costs $12 for admission, but for a certain type of person — and I am that type of person — it’s worth every penny. 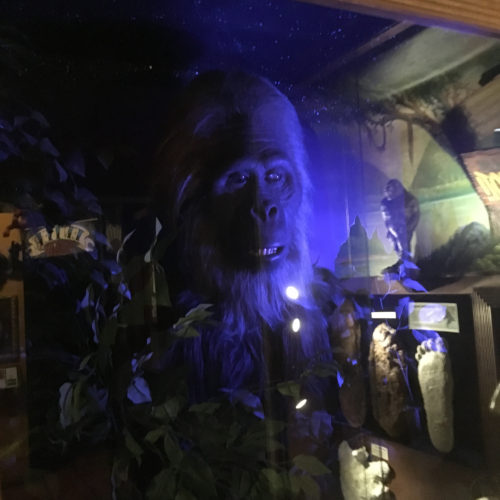 Lucky Lizard Curios & Gifts is still there, full of pranks and horror movie toys. Busti has worked on some independent horror and science fiction comics, and they’re there in the front, too. Even though this Museum of the Weird bears no relation to a long-abandoned Disney project of the same name, they carry copies of Marvel’s Seekers of the Weird on the counter. But I was really more intrigued by the oversized Halloween masks on the wall, and wondering if I could fit one in my suitcase. 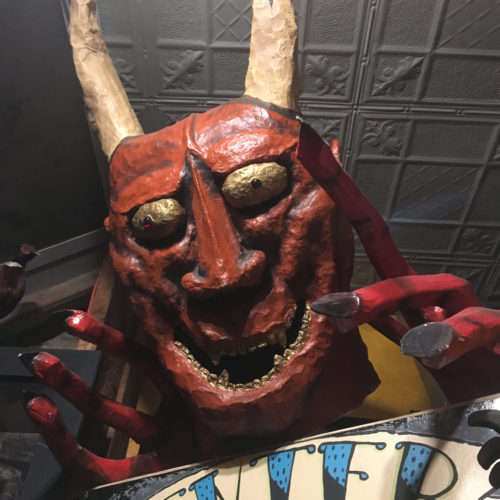 Get through the t-shirts, local band CDs (it’s Austin, after all), and the gewgaws, and there’s a magical turnstile. Step through that, and you’re in the Museum proper. Phase one is like stepping into P.T. Barnum’s original American Museum (though smaller). Chang and Eng, Barnum’s original Siamese Twins, loom just inside the doorway. Jo Jo the Dog-Faced Boy is at the end of a short corridor, but first you must pass a figure of Barnum himself, showing off a Feejee Mermaid. There’s a modern twist with a few horror movie props and what looks like an authentic Gremlin After Midnight puppet, hydraulics dangling.

But the Museum of the Weird promises more. Soon a host steps out of the back, and he is not just your host, your guide into Phase Two. No, he is a sideshow performer himself, and the nature of his performance is such that he must alternate with other performers, so who you get is the luck of the draw. And yes, I think I was lucky to have the Black Scorpion usher me in to see the crown jewel of the Museum of the Weird’s collection — the Minnesota Ice Man. I can say no more on that.

I can say that the Black Scorpion trained and performed at Coney Island, so he’s got the bona fides. He also consulted with Evan Peters for American Horror Story: Freak Show, and after performing a couple of impressive feats of physical prowess, I was mostly floored by his one-man rendition of Die Hard. Then he gave me a code word — “sfanthor” — in order to get in to Phase Three: the Sfanthor Chamber of Horrors.

To get there, I had to pass a small apartment that held the key to the pirate theming of the museum. Its history, too, could have been a bit of a boondoggle, but it held just enough plausibility to make me want to believe. And then it was up the stairs to the Wax Museum. 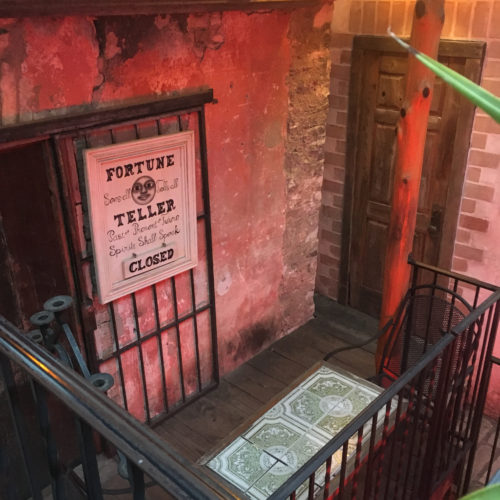 As a Chamber of Horrors, it’s really a tribute to the film history of sci fi, fantasy, and horror (sfanthor), with some really impressive figures of Hollywood classic monsters. The only figures I’ve seen that come close to this quality were the ones that Guillermo Del Toro has in his traveling exhibit. There’s just something about Austin that makes it happen.

So if you’re going to Austin, the Museum of the Weird should be a mandatory stop. Located at 412 E. 6th Street, it’s just down the street from the Bat Bar, so you can theme a whole evening. You don’t have to tell them Fanboy Planet sent you. You just have to remember one word… sfanthor. 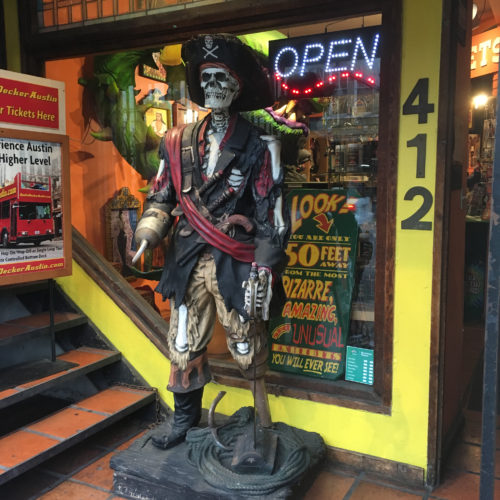