Everybody knows that the night Bruce Wayne’s parents were killed, the family had gone to see The Mark of Zorro. In a weird and twisted way, because after that night it seems like everything that would happen to Bruce would be weird and twisted, it became his favorite movie. If not his favorite, it was at least the one that most influenced him, and quite possibly was the last movie he ever saw, though you can imagine he might have gone in for the occasional Errol Morris documentary.

In the 1990 mini-series World’s Finest by Dave Gibbons and Steve Rude, Clark Kent even gave Bruce a copy of The Mark of Zorro. To balance out how we are shaped by cinema, Gibbons suggested that Clark’s favorite movie was To Kill a Mockingbird, and that he took inspiration from Gregory Peck’s portrayal of Atticus Finch. 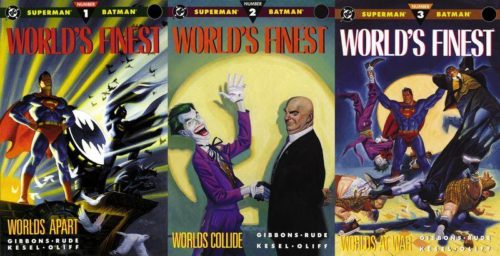 Go back and watch that film, and the parallels are obvious. Watch that movie and be sad that nobody took Superman seriously enough as a character in the 60s for a big budget production that could have landed Peck in the role. His baritone communicates warmth, intelligence, and, when necessary, sternness, often all at the same time. Behind his glasses lie keen eyes that could judge us, but don’t. If you’re familiar with the story, you know, too, that Atticus Finch fights for justice.

He is the Superman of Maycomb County.

But he is not the only force for justice there. It didn’t occur to me until a few months ago when I watched the movie for the first time in well over a decade. Atticus Finch is always in light – even when guarding Tom Robinson’s cell at night, he carries a light with him. If not a yellow sun, it’s probably a yellowed lightbulb. 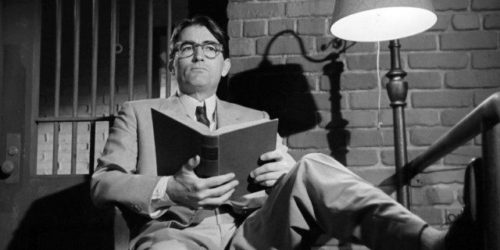 While Atticus takes care of the main injustice of the story, there is a figure lurking in the shadows, protector of the weak and defenseless children of Maycomb County, even as he’s their boogey man.

If Atticus Finch is Superman, Arthur “Boo” Radley is Batman.

Boo enters the narrative as a myth – he’s real enough, but the children of Maycomb have built him up to be a frightening creature of darkness. His origins stem from an act of violence, one that certainly caused fright and gossip in its time, but has now faded. The adults of the town don’t speak of him; they barely acknowledge Boo even when the children bring him up. Since the night of violence, it seems like no one has seen him. But the children know he’s there. Scout, Jem, and Dill even venture to the edge of the Boo-Cave (the Radley House) to prove their courage. 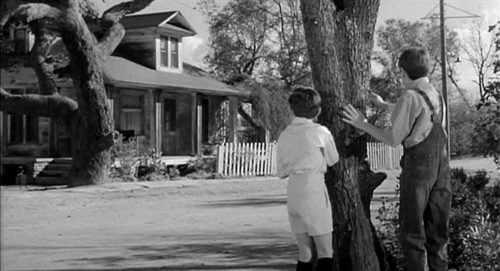 Though neither of the Finch children could fairly be called Robin, it’s obvious that Boo has an affection for them. Like Batman, Boo Radley has a trauma in his youth, and the Finches and their friend Dill may remind him of the simpler time before the light got taken out of his soul. Boo may not live in a mansion, but he does have wonderful toys.

It’s Jem that discovers that – in his quiet way, Boo converses with the kids, though they don’t always get the message. He leaves offerings for them in a tree in his front yard – lucky pennies, a broken watch and chain, and carved soap figures of them. Boo doesn’t mean to strike terror into their hearts, but also like the Bat, he knows how to use symbolism. The message is clear to us, even if it’s not clear to the kids: he’s watching out for them. (The film also adds medals – giving an extra layer of heroism to Boo somewhere in his past.)

That’s a portion of the Batman mythos that often gets overlooked, easy to do when you think about how many kid sidekicks he’s endangered on a regular basis. Batman is determined to do what he can to make sure that what happened to him won’t happen to anyone else. (That’s literalized by Alan Brennert in his classic Batman story, “To Kill a Legend.” Hmm. Just noticed THAT parallel.)

It’s bluntly stated in the last episode of the animated series Batman: Brave and the Bold. At the “wrap party,” the Dick Sprang-inspired Batman addresses the audience – the children – and reminds them that he will always be there to protect them. Voice actor Diedrich Bader admitted that was a tough line for him to say without choking up, as a Batman fan and a parent.

Batman is there to protect the children. Always.

To Kill a Mockingbird has a villain: Bob Ewell, a drunken ne’er do well and bigot who rails against anyone who stands up against his racism. Determined to get revenge against Atticus Finch for “humiliating” him in court, the venial Ewell plans a Halloween attack on Atticus’ children as they walk home from the school pageant. It’s a dark night, and Ewell assaults them, but they have a dark knight to spring to their defense.

Ewell manages to break Jem’s arm before Boo Radley can wrestle him away. Scout falls down, dressed as a giant ham for the pageant (a detail that had to have happened in some Batman story by Bill Finger). She cannot see what happens, but pieces together that her savior is the fearsome Boo.

He carries Jem home, followed by Scout, and then slips into the shadows of Jem’s room to watch and make sure that the boy is okay. To complete the parallels, Sheriff Heck Tate appears as our Jim Gordon, who understands that some vigilante justice may be necessary. He reveals the truth to Atticus – that Boo Radley killed Bob Ewell to save Atticus’ children. 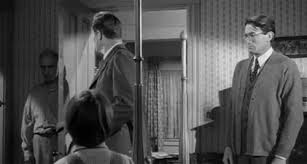 Atticus recognizes the truth of his children’s benefactor, the secret identity, if you will. He suggests Scout take Boo to the front porch instead of the living room, as she realizes “…the living room lights were awfully strong.” But Atticus also wants the truth to come out, which Heck Tate argues against. Boo Radley must stay shrouded in darkness for his own sake. Granted, not so he can continue fighting for justice, but because it really is better that way. Atticus stands in the light; Boo slips back into the night, and Scout never sees him again.

Of course this isn’t a perfect parallel. I doubt Dave Gibbons was putting that much thought into it by his reference. However coincidentally, in the last pages of Harper Lee’s novel Scout returns from the Radley house to find Atticus reading a novel from her brother Jem’s bookshelf. The title? The Gray Ghost, which on Batman: The Animated Series was used as the character who influenced Bruce Wayne rather than Zorro.

The book Atticus reads is likely a boys’ adventure novel, but it can serve as a reminder: there’s good in the world, even if it doesn’t always appear the way we want it. And Boo Radley is there to protect the children. Always. 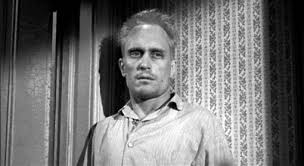 This article originally appeared in slightly different form in the fanzine “Claims Department,” edited by Chuck Serface and founded by Christopher J. Garcia.