“Who knows why madmen do what they do?”

Indeed. But we know why the madmen and women (and creatures) that make up the Suicide Squad do it — for ten years off their sentence. Except for Rick Flagg (Joel Kinnaman) — that one’s hard to explain. In James Gunn’s vision, however, Flagg at least looks like he stepped right out of the original, best Suicide Squad comics run, created by John Ostrander, Kim Yale, and Luke McDonnell.

The joy of this trailer — which already seems light years ahead of the previous Suicide Squad — is too great to spoil, except… is that Starro? Just… watch. It’s not for all ages, so please, be mindful. Moreso than Peter Capaldi’s Thinker — YouTube is helpfully adding a layer of security to it, but you can see the screenshots below. 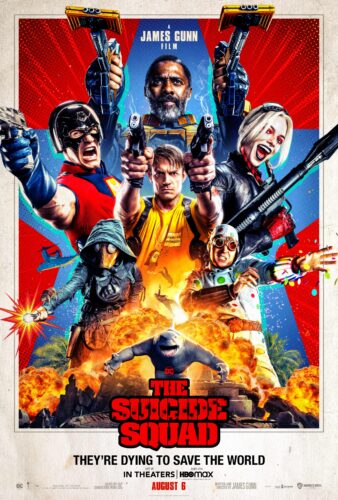 Fanboy Planet is an affiliate of Amazon — any purchases made through links on this site may generate revenue.