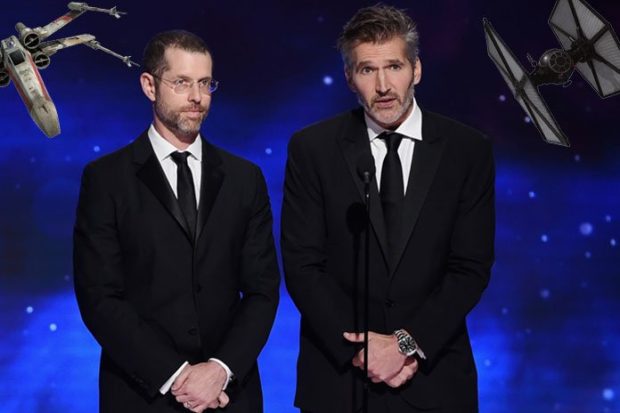 Game of Thrones producers and showrunners David Benioff and D.B. Weiss have walked away from their highly publicized deal with Lucasfilm to launch a Star Wars feature film trilogy in 2022. The pair cited their recent nine-figure deal with Netflix as so filling their schedule that they had to step away from having a major hand in defining the post-Skywalker era of the Star Wars brand. The first film in their proposed trilogy was targeted for a 2022 release.

In a statement to Deadline, the pair says: “We love Star Wars. When George Lucas built it, he built us too. Getting to talk about Star Wars with him and the current Star Wars team was the thrill of a lifetime, and we will always be indebted to the saga that changed everything. There are only so many hours in the day, and we felt we could not do justice to both Star Wars and our Netflix projects. So we are regretfully stepping away.”

Lucasfilm president Kathleen Kennedy has numerous other Star Wars projects to deal with right now including the launch of both The Mandalorian TV series and the Star Wars Jedi: Fallen Order game, both mid-November, the final film for now in Star Wars: The Rise of Skywalker opening in December, and the Ewan McGregor-led Obi-Wan Kenobi series. McGregor himself recently confirmed started out as a film idea that morphed into a series.

In addition, Marvel Studios chief Kevin Feige was attached to a new film (but then he was promoted to Marvel Chief Creative Officer), and Rian Johnson was developing a new trilogy of his own, though that’s rumored to be cancelled. Kennedy, in her statement today, says: “David Benioff and Dan Weiss are incredible storytellers. We hope to include them in the journey forward when they are able to step away from their busy schedule to focus on Star Wars.”

The duo’s reputation has taken a bit of a beating in recent months following the much-maligned final season of GOT and a recent panel at the Austin Film Festival where the pair discussed the gestation of the series in a way that only fueled fan resentment towards them. At another panel at the same fest, Solo: A Star Wars Story co-writer Lawrence Kasdan talked about having a very good experience on working on his recent Star Wars film, but then puts the blame of the movie’s box-office failure squarely on the shoulders of the Lucasfilm and Disney marketing teams saying “Then the studio blew it, but that’s not unusual.”

Just what’s next in store for the Star Wars film universe post-December is unclear.