To steal a word from Jodie Whittaker’s 13th Doctor — the only word we’ve heard the Doctor say so far — “brilliant.”

We’re still months away from the new series of Doctor Who on the BBC, the first from new showrunner Chris Chibnall, the first with the 13th Doctor, and let’s be blunt — the first with a woman in the role. So even though prior series have been steeped in secrecy, this one seems to carry an extra layer. Any advance bit of information about character will be lapped up, pored over, and hotly debated by fans.

Into this mix we throw Titan Comics with their consistently excellent line of comics about the one-person superteam — each featuring a different hero who is still the same person across the board. Their pre-TV debut solution to get fans excited? Have the new Doctor relive adventures of all her past selves. It’s the best of both worlds — a glimpse of the new, a taste of the old — and one of the reasons I like Doctor Who comics better than any other TV adaptations. The way the concept is structured, there’s plenty of room for the comics to actually be canon. I don’t know why that matters to me, but it does. 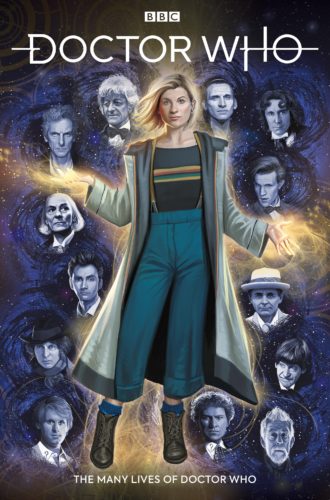 Titan Comics and BBC Studios are proud to announce Doctor Who: The Thirteenth Doctor #0 – The Many Lives Of Doctor Who – a special primer edition, which celebrates the Doctor’s many lives, and leads directly into Titan’s brand-new Thirteenth Doctor comic series – launching this fall in the U.S. and UK.

It’s said that your life flashes before your eyes when you die, and the Doctor’s had many of them! As the Doctor regenerates from his twelfth incarnation to her thirteenth (as played by Jodie Whittaker), she relives unseen adventures from all her past selves from Classic through to New Who.

This special 64-page edition – the first Thirteenth Doctor comic – comes with two covers to collect: an art cover by Claudia Ianniciello and a photo variant by designer Will Brooks – only available in comic shops.

Doctor Who: The Thirteenth Doctor #0 – The Many Lives Of Doctor Who is available at bookstores and comic shops from September, and is available to read on digital devices. 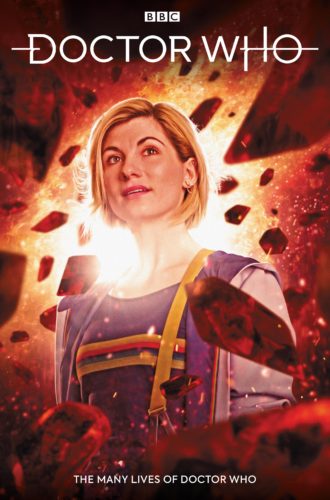