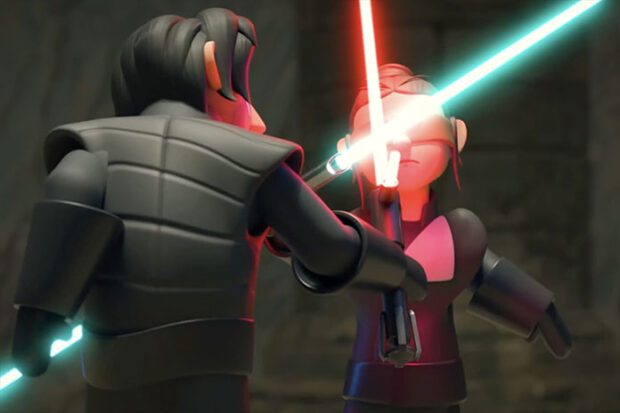 Back in January, Lucasfilm had a leak. Concept art and the script for Colin Trevorrow’s version of Star Wars episode IX – titled Star Wars: Duel of the Fates – showed up online.

Ultimately replaced by J.J. Abrams with the story taken in a new direction, Trevorrow’s version was supposed to stay hidden. But in 2020, nothing stays lost forever.

The filmmaker did confirm the title and some of the concept art going around were indeed part of his original vision for the film. Now, YouTuber Mr. Sunday Movies has done a CG animated recreation of the main beats of Trevorrow’s script. Enjoy!