I don’t know if Marvel will be fitting this into regular continuity — but this has to be more likely than Tsum Tsums, and Marvel made THAT fit. Not that I really care if it fits or not — just tell me a fun story about superheroes facing off against giant monsters. I’m drooling already. Throw in the long awaited return of Obnoxio the Clown and Forbush Man, and this would be the greatest Marvel crossover in history.

Raining down from the outer reaches of the galaxy, rising up from the depths of the ocean, and emerging from the recesses of the Earth – monsters are staking their claim to the planet.  The only thing standing in their destructive path: the united Super Heroes of the Marvel Universe.

It’s all hands on deck, as the Avengers, Guardians of the Galaxy, X-Men, Inhumans and Champions, joined by a who’s who of solo stars – Deadpool, Spider-Man, Black Panther – battle an endless deluge of monsters and the mysterious force that controls them.  Will the combined might of the Marvel Super Heroes be enough to save the day?  Or will they need help to arrive from the unlikeliest of places? 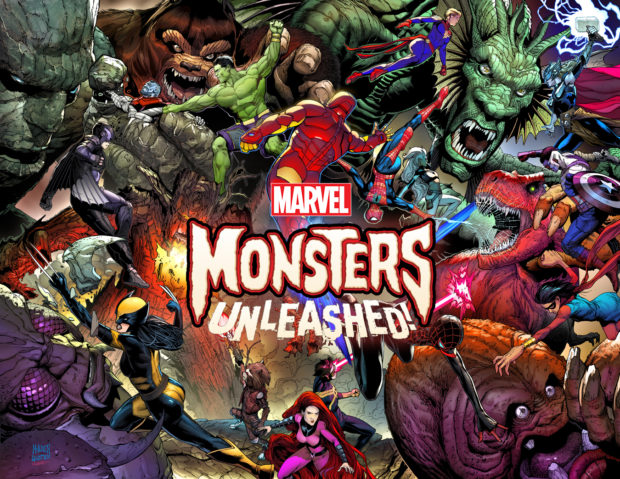