Writer/director James Gunn just posted the following image and as far as I’m concerned, it’s the only advance look I need — a list of cast member names, most of which we knew, and the cryptic yet obvious words, “Don’t get too attached.” 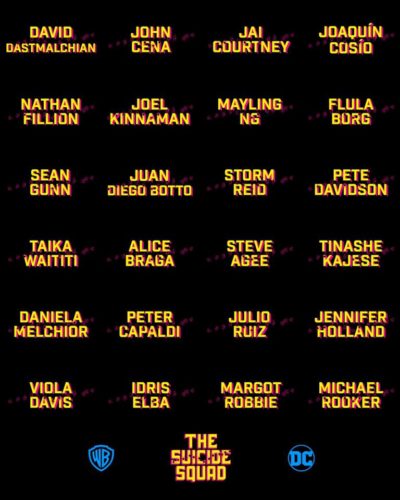 All I’m attached to is the idea that this has to be better than the previous Suicide Squad.