Most of you know Patrick Duffy from as Bobby Ewing, or the dad on Step by Step. But for a certain group of us desperate for genre television in the 1970s, he was and shall always be The Man from Atlantis. Warner Archives brought the pilot to blu-ray, and they’re previewing it at WonderCon 2019 in Anaheim next weekend! They’re also bringing one of the greatest animated adventures series in history to blu-ray — Jonny Quest.

Check out the panel schedule here:

Warner Archive Collection’s programming for the weekend goes as follows:

Saturday, March 30
11:30am-12:30pm WAC-X: Warner Archive’s 10th Anniversary Celebration – Ten years ago, Warner Archive Collection altered the landscape of home entertainment. Join a cool collection of special guests – led by actors Michael Gray (Shazam! TV series) and Julie Nathanson (Static Shock, Suicide Squad: Hell To Pay) – alongside animation historian and author Jerry Beck, Warner Archive Collection (WAC) podcast hosts Matthew Patterson & D.W. Ferranti and moderator Gary Miereanu for a salute to a decade of highlights, including a look back at some of WAC’s finest offerings, a reveal of some of the secrets behind the MOD process, and a glimpse into some glorious future treats coming for collectors and fans of sci-fi, fantasy, horror and cult films and television. As always, surprise talent will entertain, and oh-so-cool Warner Archive prizes will be handed out. Room 300D

Saturday, March 30
12:30-1:30pm Man From Atlantis: The Other Aquatic Super Hero — Long before the latest wave of underwater super hero adventures reigned atop the box office for Warner Bros., there was another from the deep blue sea that captured TV/film audiences’ imagination. Join star Patrick Duffy (Dallas), Warner Archive Podcast hosts Matthew Patterson & D.W. Ferranti and some potential special guests for an examination of the Man From Atlantis TV movies and series, including the newly-released WAC Blu-ray release of the 1977 pilot telefilm. Moderator Gary Miereanu will undoubtedly be carrying some fun giveaways for a few lucky fans. Room 300D 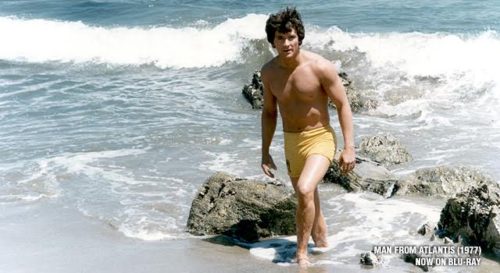 Warner Bros. Home Entertainment (WBHE) will host World Premieres for two highly-anticipated DC-themed animated films at WonderCon (March 29-31, 2019), focusing the spotlight on Justice League vs. The Fatal Five and Batman vs. Teenage Mutant Ninja Turtles in the Arena at the Anaheim Convention Center.

Justice League vs. The Fatal Five will kick-off the weekend as Friday night’s featured premiere in the Arena, and Batman vs. Teenage Mutant Ninja Turtles will bookend the weekend with a Sunday afternoon premiere, also in the Arena. Both panels will include a panel discussion amongst filmmakers and voice cast members.

In addition, WBHE is hosting autograph signings for both Justice League vs. The Fatal Five and Batman vs. Teenage Mutant Ninja Turtles in the DC booth. 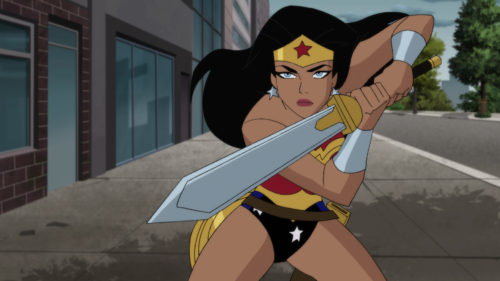 Here are the complete panel descriptions, including all confirmed panelists (in BOLD) for Warner Bros. Home Entertainment at WonderCon (additional panelists will be announced as confirmed):

7:00-9:00pm World Premiere Justice League vs. The Fatal Five — Warner Bros. Home Entertainment, DC and Warner Bros. Animation continue the treasured tradition of Friday night World Premieres at WonderCon with the unveiling of the latest DC Universe Movie, Justice League vs. The Fatal Five. The all-new animated film finds the Earth’s future hanging in the balance when the Justice League faces a powerful new threat – the Fatal Five. Superman, Batman and Wonder Woman seek answers as the time-traveling trio of Mano, Persuader and Tharok terrorize Metropolis in search of budding Green Lantern, Jessica Cruz – whom they need in order to free remaining Fatal Five members Emerald Empress and Validus in order to carry out their sinister plan.  But the Justice League discover an ally from another time in the peculiar Star Boy – brimming with volatile power, could he be the key to thwarting the Fatal Five? An epic battle against ultimate evil awaits! Be amongst the first live audience to see the film, then stay for an enthralling panel led by Elyes Gabel (Scorpion, Game of Thrones) as Thomas Kallor/Star Boy, alongside a trio of actors reprising their beloved Justice League/Justice League Unlimited roles as Batman, Wonder Woman and Superman, respectively – Kevin Conroy (Batman: The Animated Series, Batman: The Killing Joke), Susan Eisenberg (Injustice 2, LEGO DC Super Heroes – Aquaman: Rage of Atlantis) and George Newbern (Superman vs. The Elite, Scandal). The panel will also include Sumalee Montano (S.W.A.T., This Is Us) as Emerald Empress, Philip Anthony Rodriguez (Grimm, The Secret Life of the American Teenager) as Mano, and Daniela Bobadilla (Anger Management, The Middle) as Miss Martian, plus the filmmaking team of producer/director Sam Liu (Reign of the Supermen, Gotham by Gaslight), screenwriters Eric Carrasco (Supergirl, Justice League Action) and Jim Krieg (Batman: Gotham by Gaslight), and executive producer Bruce Timm (Justice League/Justice League Unlimited, Batman: The Animated Series). The feature-length animated film arrives on Digital starting March 30, 2019, and on 4K Ultra HD Blu-ray Combo Pack and Blu-ray Combo Pack on April 23, 2019. Arena 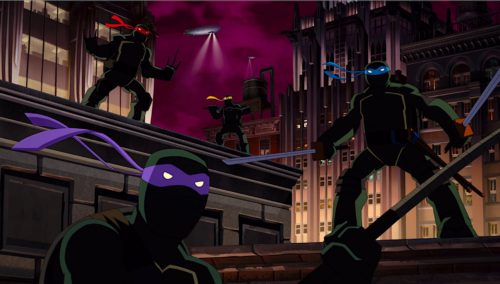