It happened. It won’t actually be done until sometime in June 2018, and the government does have to take a look at the deal before waving a magic wand and declaring it a real boy. But as of this morning, the Walt Disney Company bought 20th Century Fox. Not all of it, just the stuff that can be leveraged into more movies, television, and theme park rides.

As a result of it, Disney CEO Bob Iger has extended his tenure to 2021 in order to ensure a smooth acquisition. This, I’m happy about. He brought Oswald home. He brought Marvel and Lucasfilm into the fold. He opened Shanghai Disneyland. He’s been very, very good for Disney, and while he’s likely a shark in the boardroom, he has a genial public persona that makes him seem more like a regular guy than the often gruff Michael Eisner ever could.

Earlier, I broke down what Disney gets out of the deal that fans would want — so, yes, the X-Men and Fantastic Four are likely to be part of the MCU’s Phase IV, but this week Hugh Jackman said he wouldn’t return to play Logan, that it was time to let it go. Patrick Stewart, however, still wants a shot at playing Professor X on Legion. 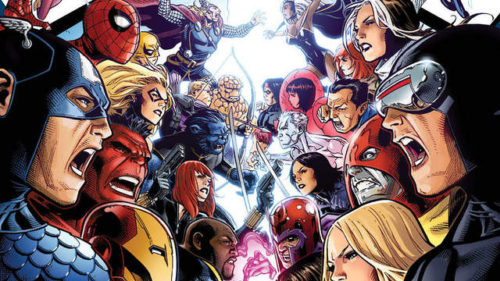 What Disney also gets out of this is a controlling interest in Hulu. With plans for a Disney-brands streaming service already afoot, there may be interesting times ahead for Hulu, though co-investors Universal and Warner Bros. might balk.