Time for just a little inside nerd baseball: For the second weekend in a row, Wonder Woman leads the box office. Not only that, the Patty Jenkins-helmed film has the smallest drop-off from weekend to weekend of the previous DCEU films, which means — Wonder Woman is going to be at a theater near you for a while, even though you can already pre-order it on Playstation.  It also means that Warner Brothers had better start talking with Jenkins about Wonder Woman 2, and they will, because as tone deaf as executives have been in the past, the positive publicity they’ve garnered from Jenkins’ vision can’t have eluded them.

But… what can you do for a Wonder Woman 2?

At first, I still had hope that the sequel would take place in the early 20th century, because in Batman v Superman: Dawn of Wonder Woman, Diana smiled before taking on Doomsday and said, “I’ve fought monsters from another world before.” Since Wonder Woman didn’t have monsters from another world (Olympus shouldn’t count), that meant there was at least one more adventure awaiting Diana before she went into her self-imposed withdrawal from fighting for justice.

Jenkins has been ambiguous about her plans for the sequel (understandably), but implied that it would be set in modern times. And it’s rumored that Justice League (coming in November) will feature a flashback to Themyscira, with the Amazons fighting an invasion of Parademons. So there’s that monsters from other worlds thing.

Hopefully, it’s not a spoiler here to say that Ares and Dr. Poison have been now taken off the table as villains for Diana to face. (I’m not saying Wonder Woman, because — I don’t think anyone in either film has actually called her that yet.) 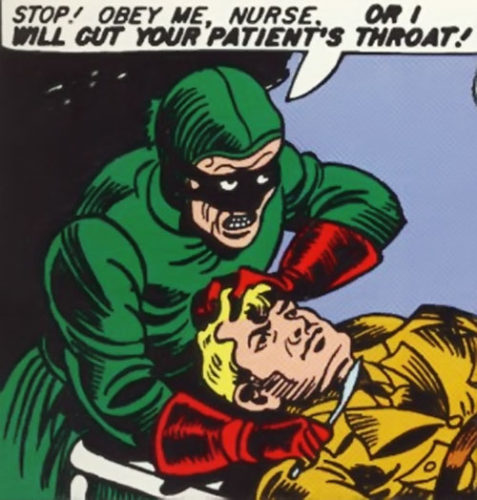 The creative team went deep pulling out Dr. Poison, but let’s face it: in the comics, Wonder Woman does not have a lot of iconic villains. Few of the really powerful superheroes do — it’s why DC Films has to tease out the gods of Apokolips for the Justice League, because The Key isn’t going to lead to a huge special effects dust-up.

Let’s take a look at some of our choices: 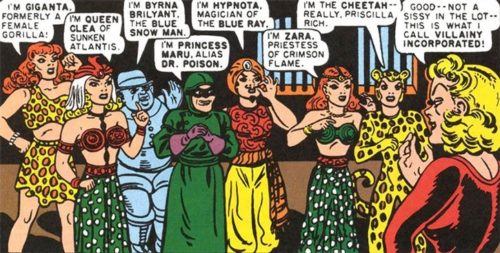 The blonde who did not need to identify herself there was the Saturnian slaver Eviless, a character who hasn’t appeared since 1944, and as her name is too on the nose, I think we can throw her right out. Queen Clea could be interesting, but her connection to Atlantis means we’d be spending the whole movie wondering where is Aquaman, and one of the great strengths of Wonder Woman was that I didn’t care where any other superheroes were. I didn’t even need the references to Bruce Wayne, but let’s face it, since Suicide Squad every DCEU movie is going to try to remind you you like Batman.

Next – the Cheetah, one of Wonder Woman’s best villains. Though in the 1940s she was a debutante jealous of Wonder Woman who dressed up like a cheetah, the modern version is Barbara Minerva, a British archaelogist transformed into the avatar of a cheetah god. The transformation was as much trap as gift, and if you really want to see why she makes an intriguing foe for Wonder Woman — one who has an ambivalent relationship to Diana — read Greg Rucka and Liam Sharp’s recent run for the “Rebirth” event. She could also look much more visually striking on film. 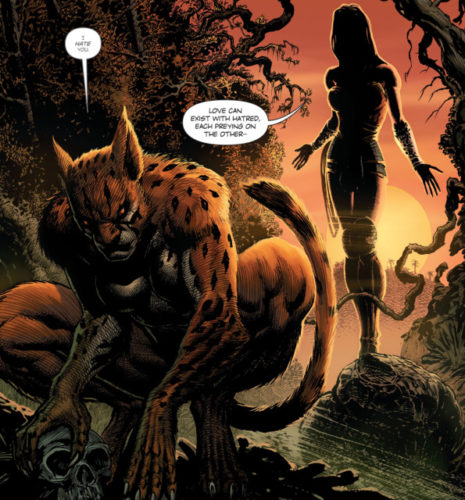 Giganta could be interesting, but seems like a back-up villain at best, like Bane in Batman and Robin. And I’m sorry I mentioned it. For that matter, I’d love to see a character like the Blue Snowman onscreen, but again, more along the lines of the film opens with Diana capturing her. Because really, how silly and great is a villain named the Blue Snowman? We can toss her out, though, because though the DCEU has finally shown signs of a sense of humor, there hasn’t really been room for out and out whimsy. For almost the same reason, I have to turn my back on Hypnota, referred to in modern comics as Hypnotic Woman. Though there’s a character with similar abilities who has good motivation, and I’m putting it down here now: I’m betting Jenkins and head of DC Films Geoff Johns are thinking what I’m thinking. Or maybe I’m thinking what they’re thinking.

There’s no question that Wonder Woman has been a break-through for women on screen. Though how far of a break-through is being debated, and it’s also gotten some backlash, mostly from men. Wonder Woman 2 has a golden opportunity to take on that backlash directly, because one of the character’s best foes speaks to issues of not just inequality, but out and out misogyny: Doctor Psycho.

Created by William Moulton Marston, Doctor Psycho was meant as an amalgam of horror film icon Lon Chaney and Marston’s undergraduate advisor Hugo Munsterberg (not making that up), an academic who did not believe in women’s suffrage or feminism. Consistently depicted as being of short stature, Dr. Psycho went from being an occultist in the Golden Age to having telepathic powers in recent decades. However he does it, he inspires hatred and anger, spurring crowds to violence and specifically, violence toward women. 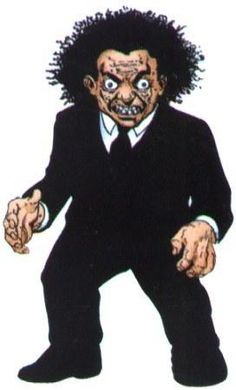 It would be the first time a potential film franchise could tackle its criticism so directly, and would continue giving meaning and weight to the films where few other superhero movies have been able to go. Plus, there’s an obvious actor to play Doctor Psycho: Martin Klebba, best known from the Pirates of the Caribbean franchise. (You thought I was going to say Peter Dinklage, didn’t you?) 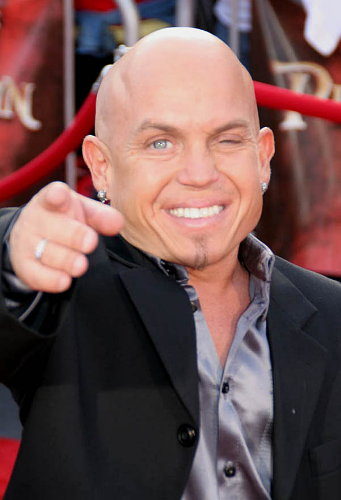 There’s one other strong candidate for villain, and that’s the ancient Greek sorceress Circe. She’d tie into Diana’s mythic origins, and as she’s not of the actual Greek Pantheon (strongly implied to all be dead in the DCEU), she could be altered into being a rogue Amazon with a mastery of the dark arts. Because we do expect a little magic from Wonder Woman, and the only way that I would accept the rest of the Justice League appearing in one of her solo films is if a villain has turned them all into swine. 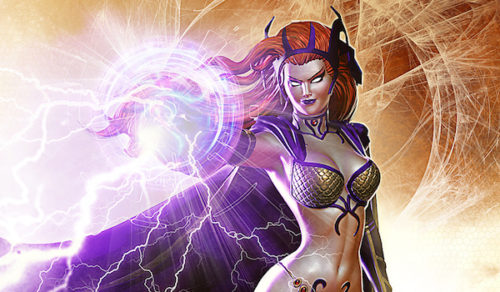 Of course, we do not know. But it’s a good bet that Wonder Woman 2 has fast-tracked, even more important to the DCEU slate than The Batman. Maybe on equal footing with The Batman, because up until now, the only thing Warner Brothers could count on was Batman. But now… we’ve got Wonder Woman, and that’s great.