John Woo was in San Francisco on Friday, May 17 to promote his new film, the perfectly horrible Windtalkers. Woo’s publicity team had put him and Christian Slater up at the posh Four Seasons hotels while select members of the press (ie. not me) conducted fawning junket interviews. 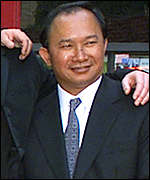 After completing a short shmoozefest with morning DJ Don Bleu, I got in this short Q/A with the master director as he scuttled to his limo, late for a flight out of town:

Me: Are you really involved with the next Teenage Mutant Ninja Turtles movie?

Woo: Yeah! But I’m only going to produce it.

Me: When will you start working on it?

Woo: Next year, I think. I’m only on it as a producer.

Me: Do you have a new vision for the series?

Woo: I haven’t thought about it yet. Of course, they haven’t yet got a script. I think I’d like it to be more close to the original, more like the comic book. We are also planning to make some animation cartoon movie with them, too, but I’m not sure. 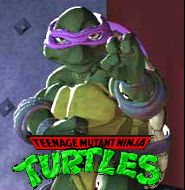 And then the limo must have taken off, leaving Bob alone on the streets of San Francisco. He didn’t even get a farewell cowabunga, dude. With all the rumors flying about new Turtle projects (including an animated series on Fox that’s no rumor at all) it’s good to have at least one guy clarify his position.

How many animated projects can we take?